Barcelona 2-1 Athletic Bilbao: Bouncing back from the losses 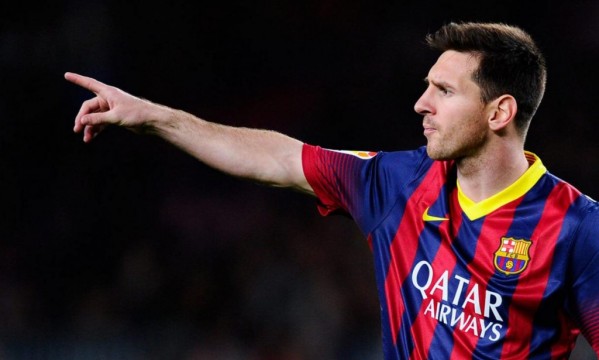 After 3 straight unexpected losses, there was a urgent need to get back to the winning track in Barcelona.ô The Blaugrana need to keep believing that their rivals Atletico Madrid and Real Madrid will still slip at some point and until that happens, they must keep winning in the league.

Last night, BarûÏa hosted and defeated Athletic Bilbao by 2-1, but the game was far from being an easy fixture. The team is visibly unsettled at times and everyone at the club already knows that a big restructure is coming next summer.

Neymar was left out of this game since he’s currently recovering from a foot injury,ô which left room for Alexis Sanchezô and Pedro to finally make the cut into the starting line-up, as many BarûÏa fans had been claiming they deserved for the past few weeks. However, it would be Athletic grabbing the first lead in the game, shortly after the half-time break.

Withô 49 minutes played in the game, Marc Bartra tried toô control a bouncing ball with his chest right in front of his own box, but timed it wrong and saw Muniain stealing it. The Basque player left it to Aduriz, who calmly stepped onto BarûÏa‘s box with the ball close to his feet and picked the low corner of Pinto‘s goal to put the visitors on the driving seat. The fans at the Camp Nouô had already been showing their dissatisfaction and that Athletic goal certainly didn’t easing things for the hosts.

Barcelona managed to somehowô react though and they’ve equalized the game in the 71st minute. Daniel Alves, one of the most booed players of the night, got rid of 3 opponents on the right wingô just before heô delivered a low pass to Alexis Sanchez already inside Athletic‘s box. The Chileô international struckô the ball immediately aiming for the far post and saw Pedro showing up in the right place to easily tap it in into an empty net. 1-1 and still close to 20 minutes left to be played, which gave Tato Martino‘s men plenty of time toô plan the final assaults.

BarûÏa capitalized on their momentum though and got to the lead 4 minutes after having tied the game. The hosts earned a very promising free-kick just a few inches outside Athletic Bilbao‘s box and within theô central corridor. With Lionel Messi on the pitch, there were few doubts about who would take the responsibilityô on that moment… The Argentina international went for strength instead of accuracy and got rewarded with a goal that gave BarûÏa the chance to rescue the 3 points and temporarily rise to the 2ndô place inô La Liga, sinceô Real Madrid postponed their weekend league fixture in order to better prepare the game against Bayern Munich, next Wednesday. This was also Messi’s 26th goal in La Liga this season, who is now 1 short ofô Atletico Madrid‘s Diego Costa and still 2 behind Cristiano Ronaldo.

With Barcelona only stepping back onto the pitch next weekend, don’t miss out any piece of the action in mid-week, with a Realô Madrid vs Bayern Munich live at the Santiago Bernabûˋu on Wednesday and an Atletico Madrid vs Chelsea at the Vicente Calderû°n, thisô Tuesday. Both these games are the first leg of the UEFA Champions League semi-finals and they will bothô setô Madrid as the center stage of European football. 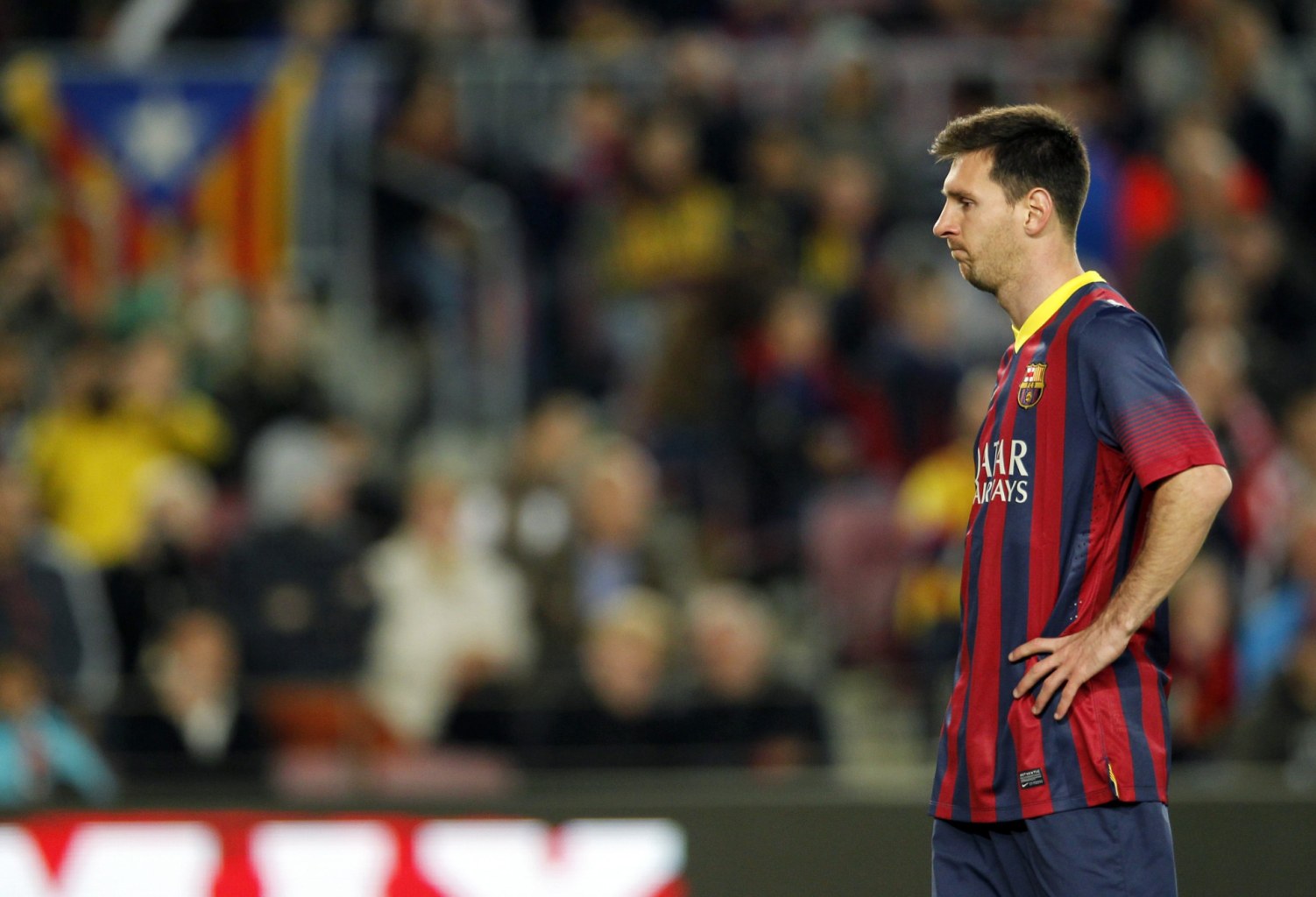 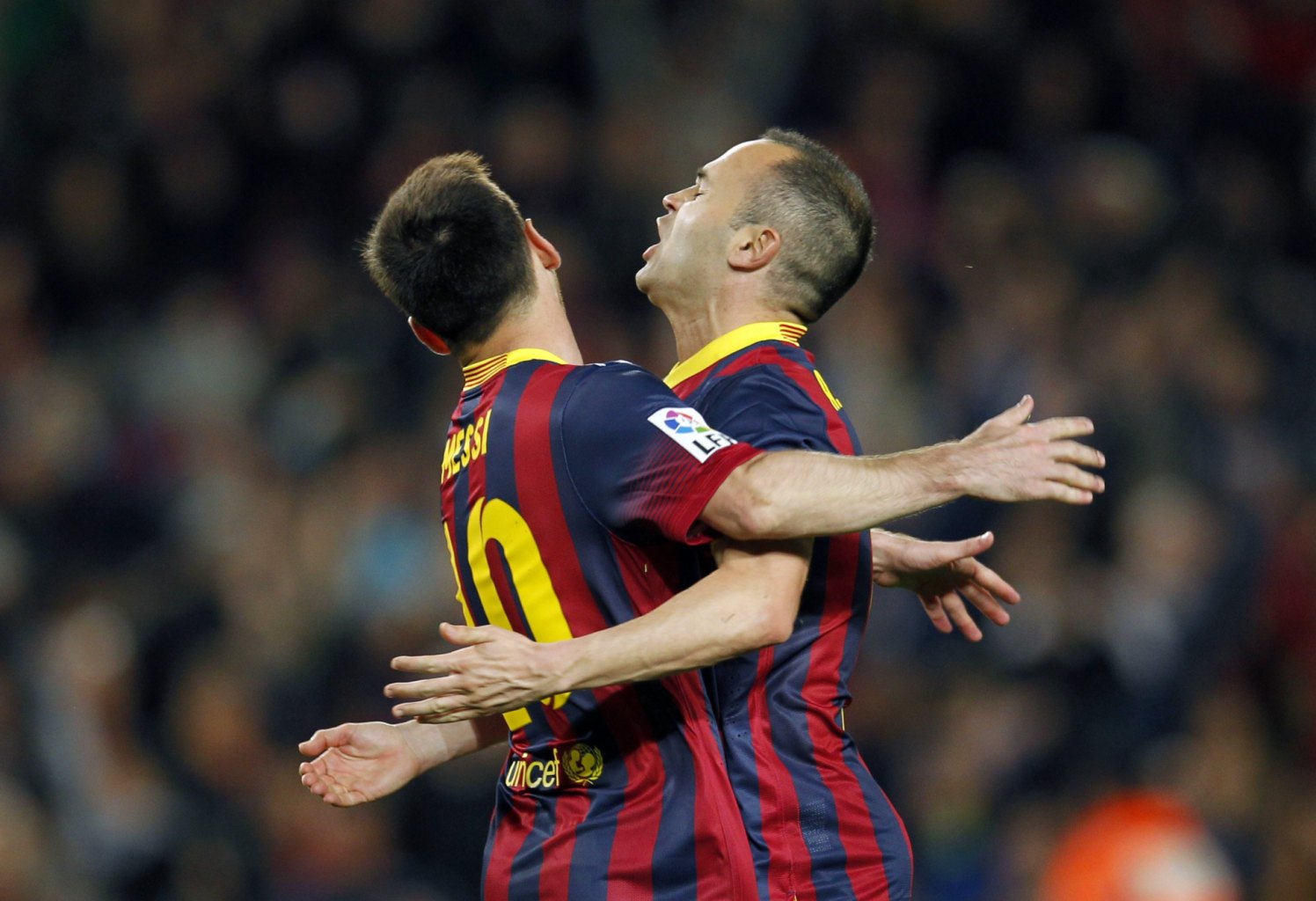 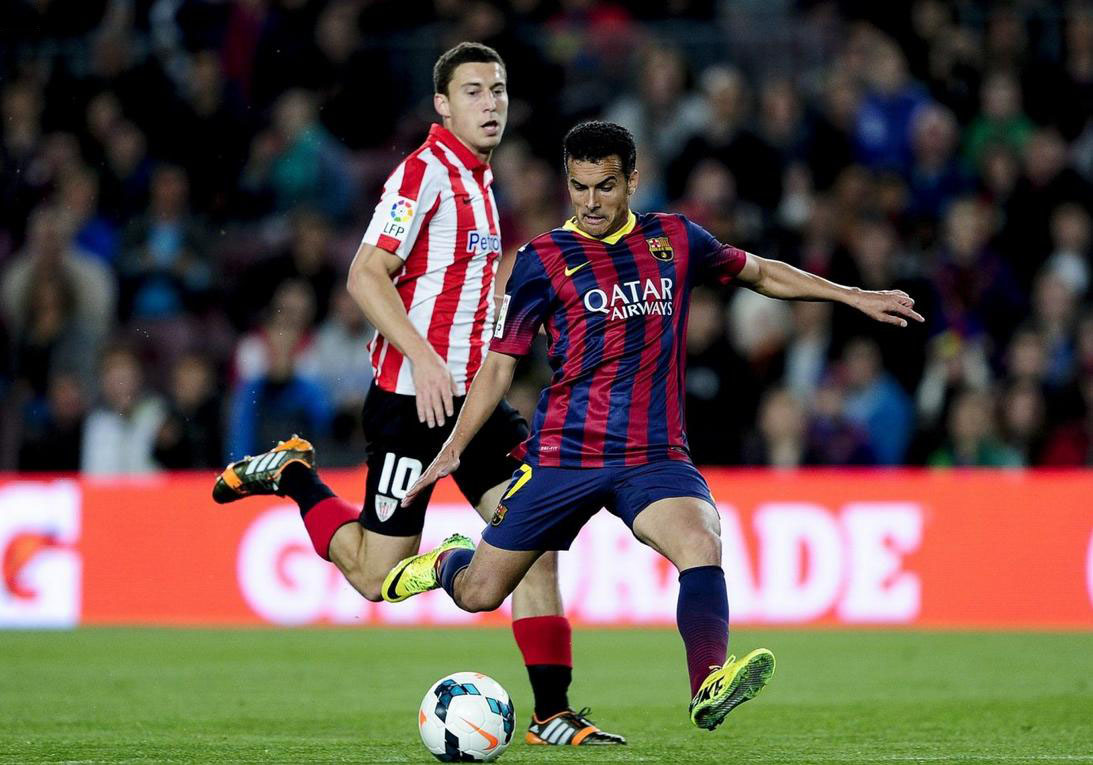 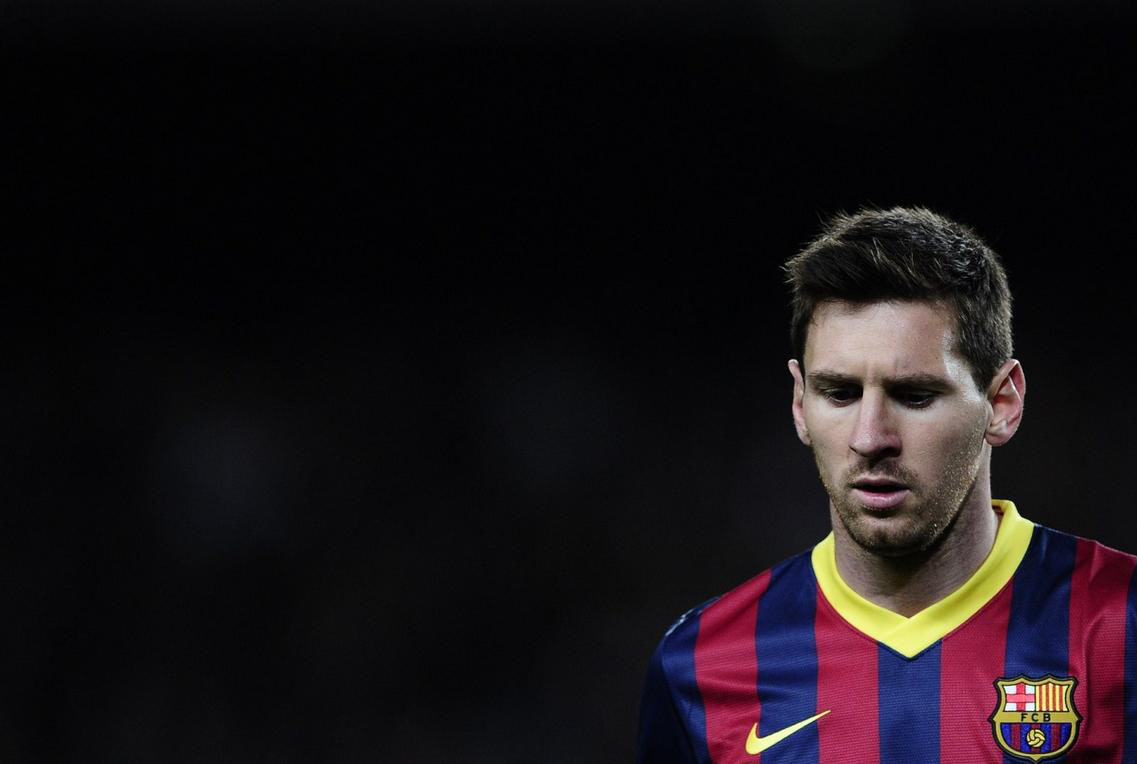 Lionel Messi distant from the game 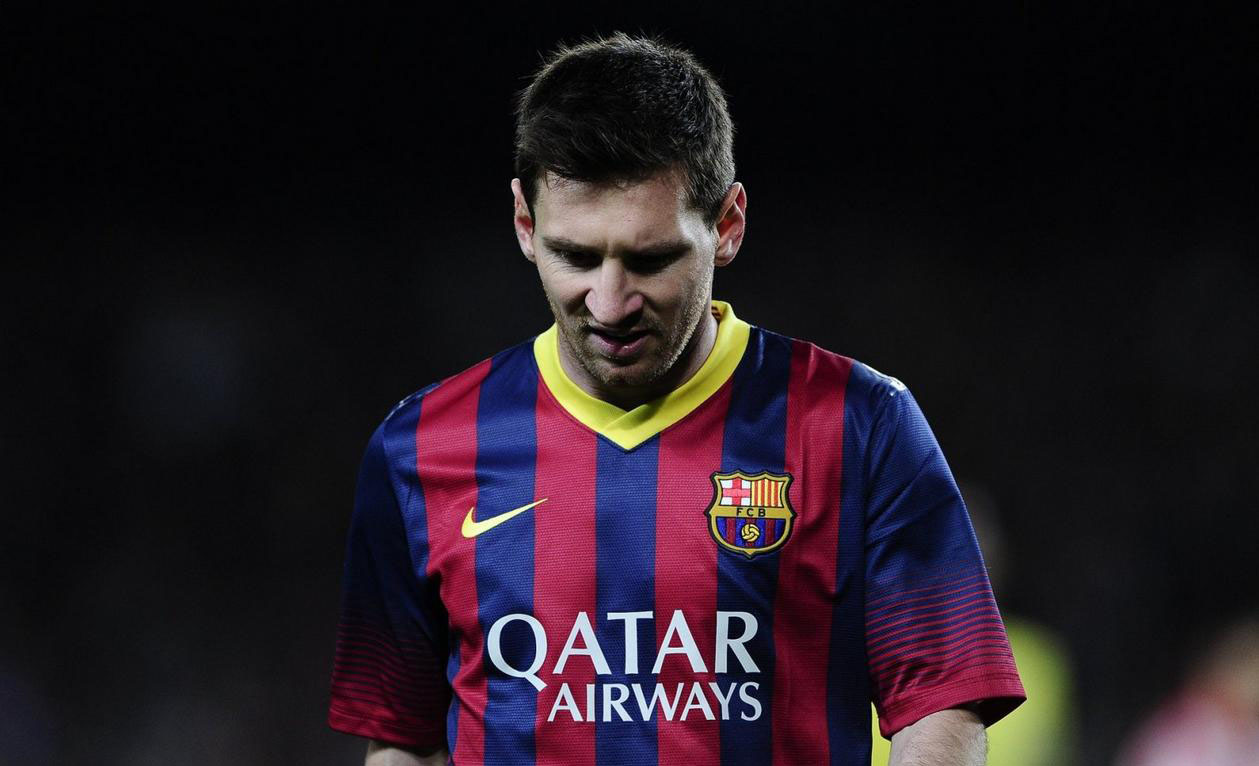 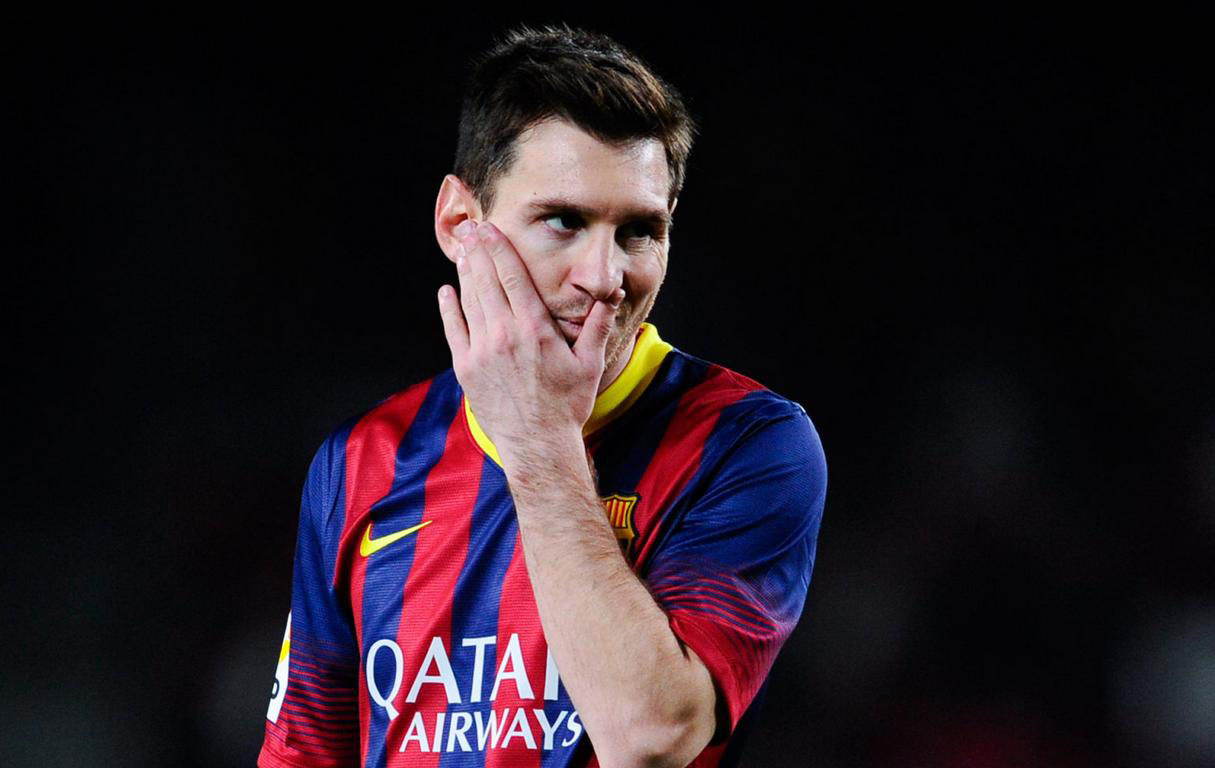 Lionel Messi scratching his own face 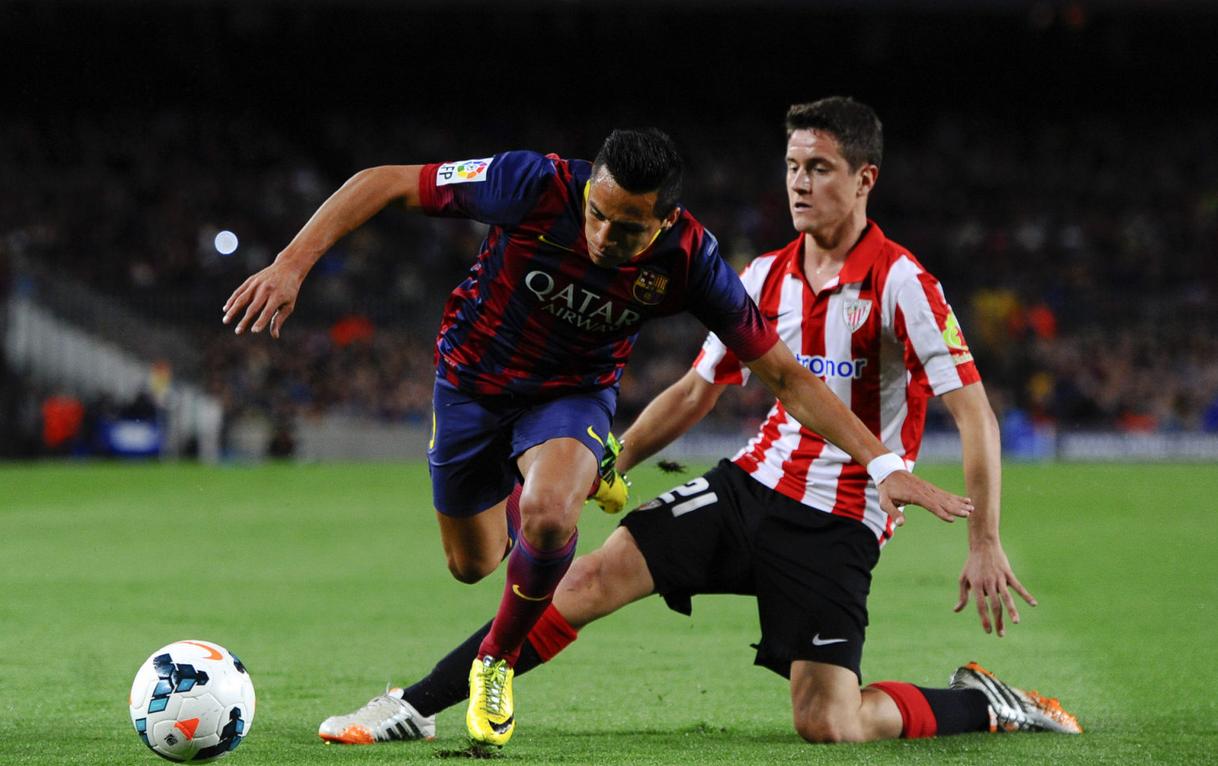 Alexis Sanchez dribbling an opponent in BarûÏa vs Athletic