Fabio Capello criticizes Neymar for falling down too easily 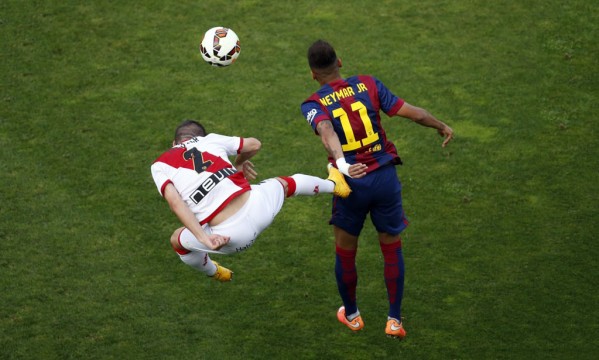 In a brief talk with the Italian TV network FOX Sports, Fabio Capello has decided to speak about Neymar Jr and one thing he particularly dislikes about the Brazilian and Barcelona superstar.

Fabio Capello: “Neymar is a great forward but I can’t stand that a player of his caliber simply goes down at the slightest touch he receives on the pitch. It’s a very annoying attitude from his part…”, commented the former Real Madrid and AC Milan manager, currently coaching the Russian National Team.

DespiteÂ his critics, Capello was keen to outline that he still rates Neymar very highly. The 22-year old has scored 11 goals in 11 appearances for Barcelona this season, the last one being in his team’s 3-1 loss, in theÂ Clasico held at the Santiago BernabĂ©u. Neymar scored the opener, but the hosts turned things around after a sequence of goals from Cristiano Ronaldo, Pepe and Karim Benzema.

Capello: “The Real Madrid vs Barcelona Clasico was a really beautiful spectacle to watch. Every player on the pitch knew what he had to do and how to do it. One of the key moments in the game was CasillasÂ saving that Messi chance”, stated the Italian manager, who had his fair share of Clasicos during in 1996-97 and 2006-07, while he was at the helm of Real Madrid.

This next Wednesday, Barcelona takes on Espanyol for the Cup of Catalunya. Luis Enrique is expected to bring in a lot of changes to his side,Â which means that key players like Neymar or Lionel Messi might be given some rest.