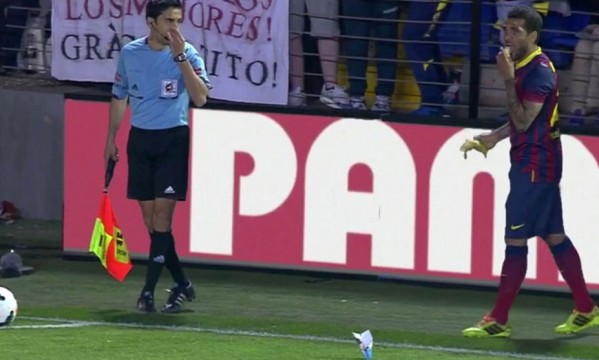 Last night in Villarreal, Barcelona brought home not only the 3 points from a tough stadium, but also a moral victory against racism. The Catalan were losing by one goal as we were entering the last quarter of an hour of the game, when Daniel Alves approached one of the corner-kick flags to take a set piece for his team.

The Brazilian right-back was about to take the corner-kick when he suddenly realized that a banana had been thrown near him, as a clear provocative gesture from the home fans. It’s not the first timeÂ these kind of incidents happen in Europe and much less in Spain,Â where racism seems to be glued toÂ many of the stadiums acrossÂ the country.

What surprised everyone was how Daniel Alves reacted then, picking up the banana and peeling it just before he putÂ a big chunk into his mouth. A few seconds later, he rushed into taking the corner kick and BarĂ§a ended up turning the game around into their favor.

Daniel Alves‘ gesture of eating the banana thrown by the public immediately triggered quite a few interesting reactions from many football celebrities not only in Spain, but also acrossÂ the entire World.Â Who didn’t lose much time to show his support towards his teammate was precisely Neymar Jr, who used his social media accounts on Facebook, Twitter and Instagram to congratulate Alves for the way he handled the whole situation.

Neymar 1stÂ post: “Like a boss Daniel Alves! That’s for you, you bunch of racists! #SOMOSTODOSMACACOS (we’re all monkeys), so what?”

Neymar 2nd post: “We’re all the same! We’re all monkeys! Say NO to Racism! It’s a shame that we still have so much prejudice and racism in 2014. It’s time for us to put a stop onÂ it. The way I found to express myself the in order to help spreading the message is to do exactly what Daniel Alves did. If you think alike, feel free to take a picture eating a banana and let’s use what their own weapons against them.Â #somostodosmacacos#weareallmonkeysÂ #somostodosmonos”

Neymar then posted a picture next to his sonÂ David Lucca, both eating a banana… 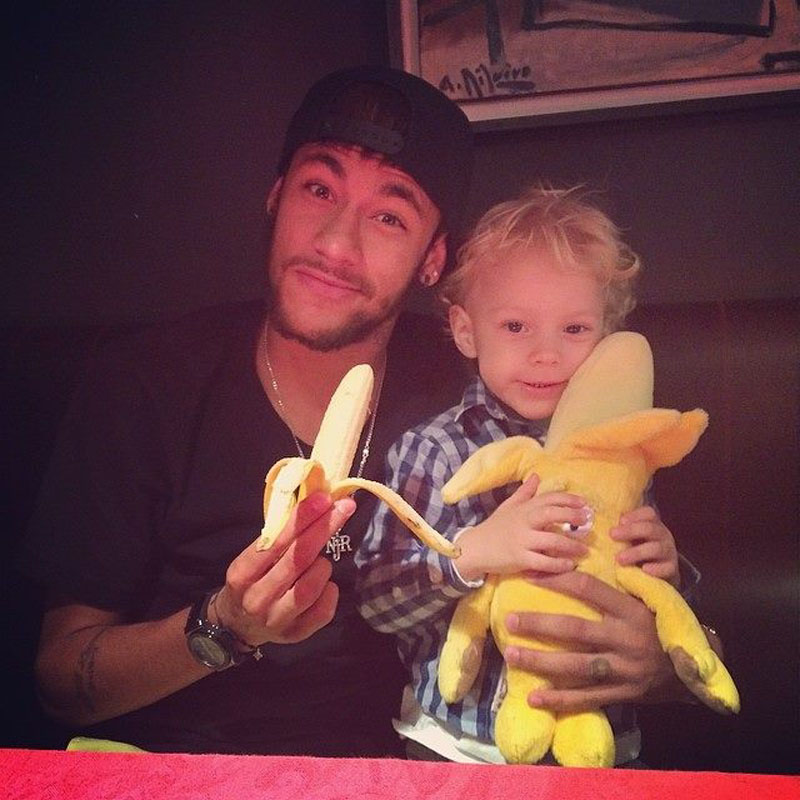 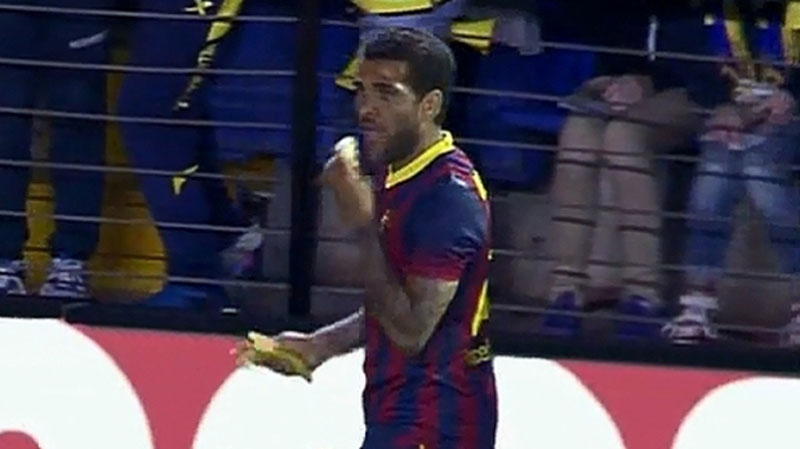 Daniel Alves eating a banana in Villarreal vs Barcelona in 2014