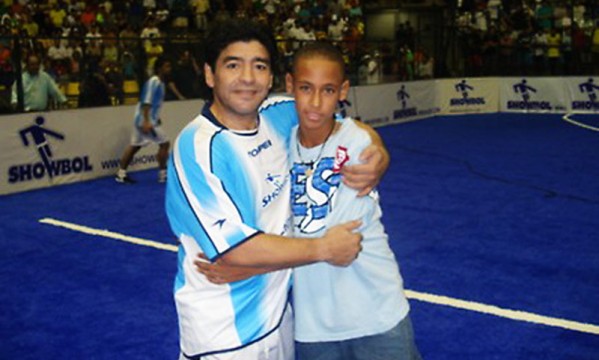 Regarded by many as the best football player of all-time, Diego Armando Maradona has been watching this year’s FIFAÂ World Cup very closely just like any other football fan out there does. In an interview granted to the newspaper “Times of India“, the Argentina legend spoke about Brazil‘s chances of wining this World Cup that is being hosted in their own country, and commented on howÂ much he thinks they are still relying in FC Barcelona‘s star, Neymar Jr.

Maradona: “NeymarÂ withÂ his new haircut and hairstyle, was unable to lead his team to victory against Mexico. He should do better than that quite simply because he is Brazil’s biggest hope to win the FIFAÂ World Cup title this year”, started by noting the former Napoli and Barcelona player.

In the Argentinian‘s view, even a couple European teams have shown more firepower than Brazil afterÂ roughly a week gone throughÂ in the World Cup. GermanyÂ and the Netherlands have both impressed in their opening fixturesÂ and if Brazil wants to go far in the competition, they’ll need to improve when they get to the knockoutÂ rounds.

Maradona: “The truth is that after 2 games, Brazil still didn’t convince me and the only certainty we got is that they are very dependent from Neymar… Every time they face a well organized defense, they struggle a lot to create chances. However, this goalless draw they came out from against Mexico, will make things a lot more interesting to watch in their 3rd and final fixture inÂ Group A, against Cameroon“, stated El Pibe.

With a realÂ possibility of facing either Netherlands or Chile right at the next round of the competition and having in mind that the qualification from their own group wasn’t obtained yet, Brazil must focus on diversifying their attacking options and somehow relieve the pressure from Neymar‘s shoulders.

Maradona: “If we look at some of theÂ candidates to win this World Cup, from what we’ve seen so farÂ Brazil didn’t look as good as the Netherlands nor Germany. While the Germans impressed by playing a very good football against Portugal and running over them as if they were an average team, the Netherlands were devastating in their opening match against SpainÂ thanks to their fast counter-attacks and with that, they’ve certainly made a strong statement in this tournament”, concluded the Argentina best player of all-time.

Brazil will take on Cameroon on June 23, for the third and final round of this World Cup‘s Group A. 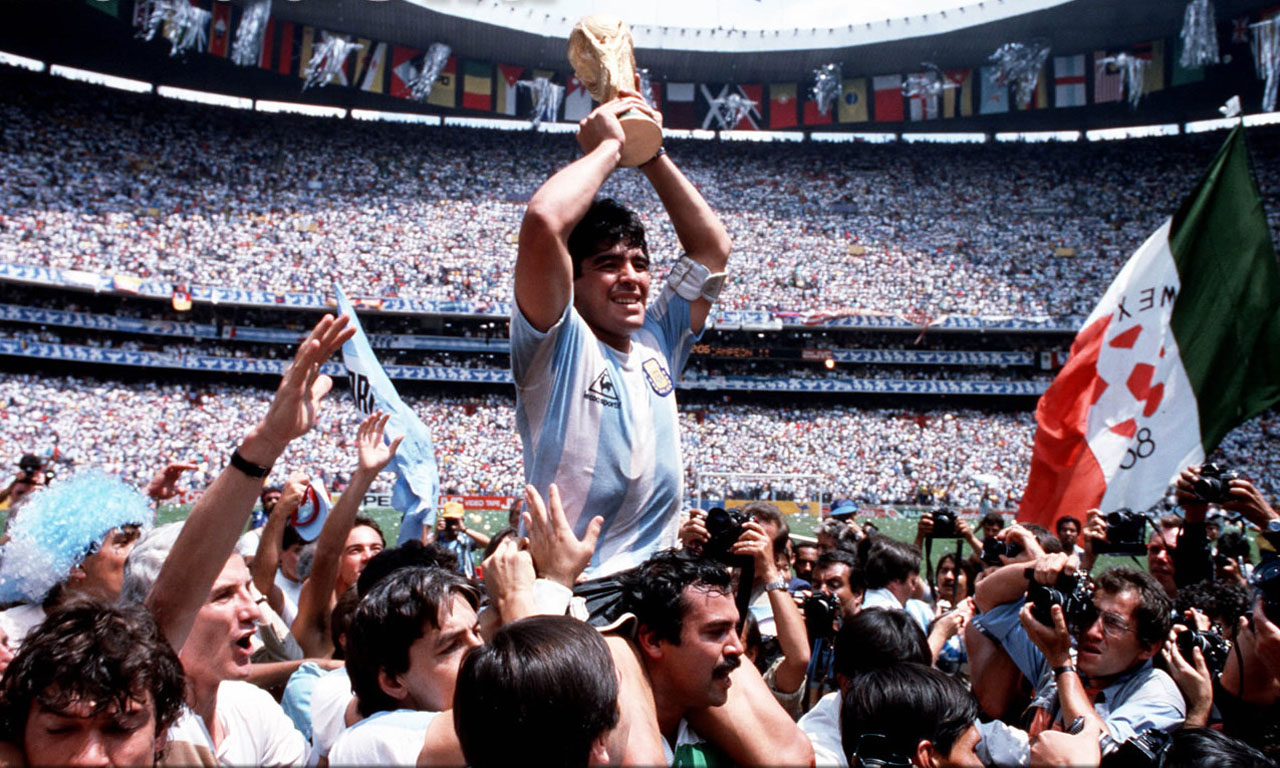 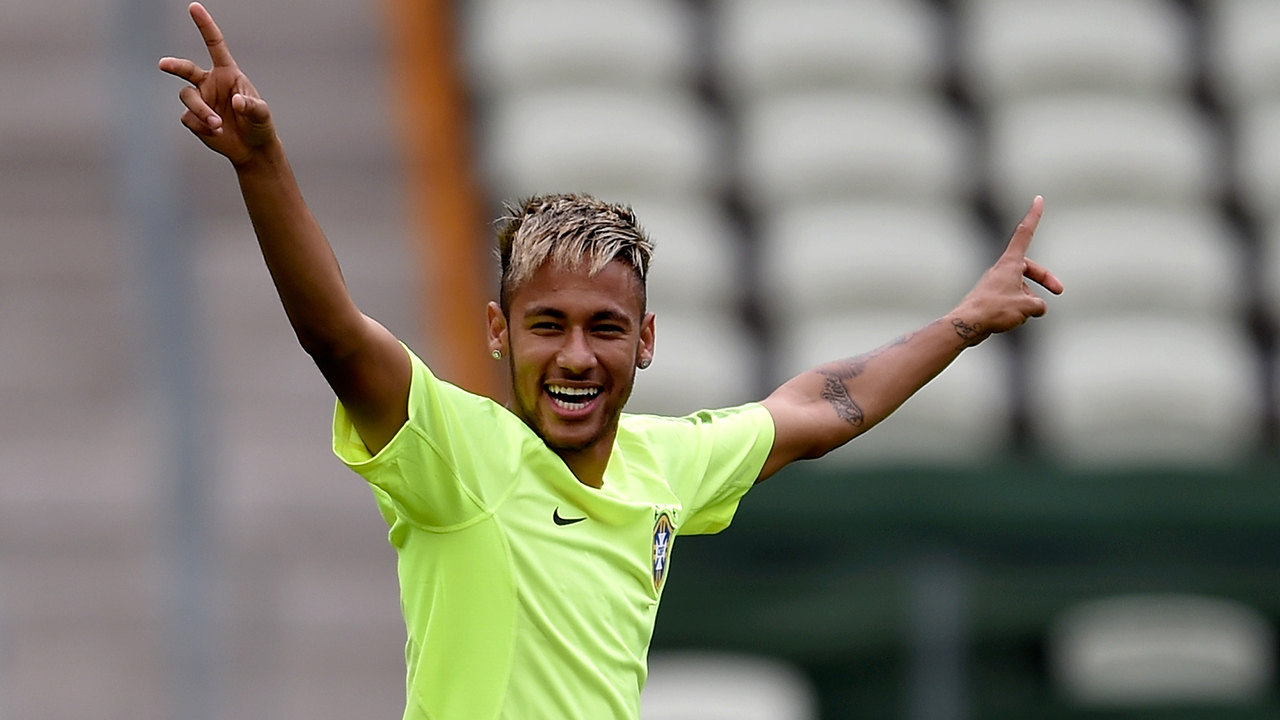 Neymar new look in a Brazil training session on June 19, of 2014 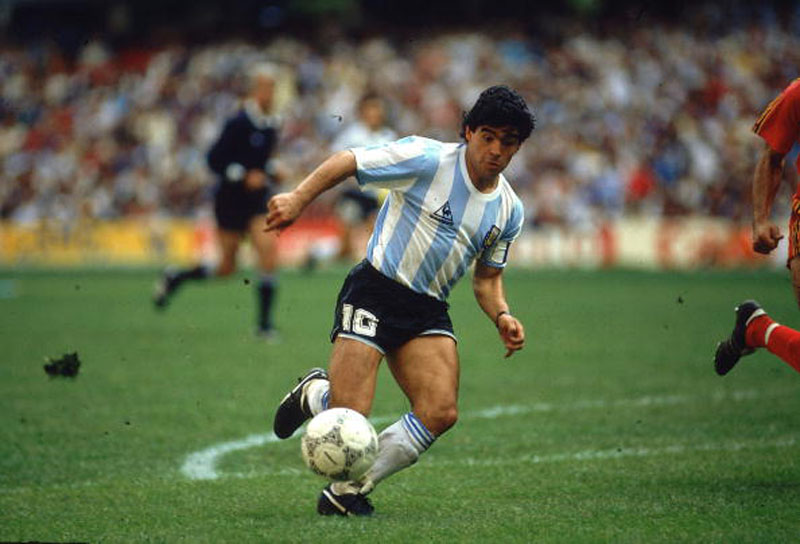 Diego Armando Maradona, playing for Argentina in the 80s 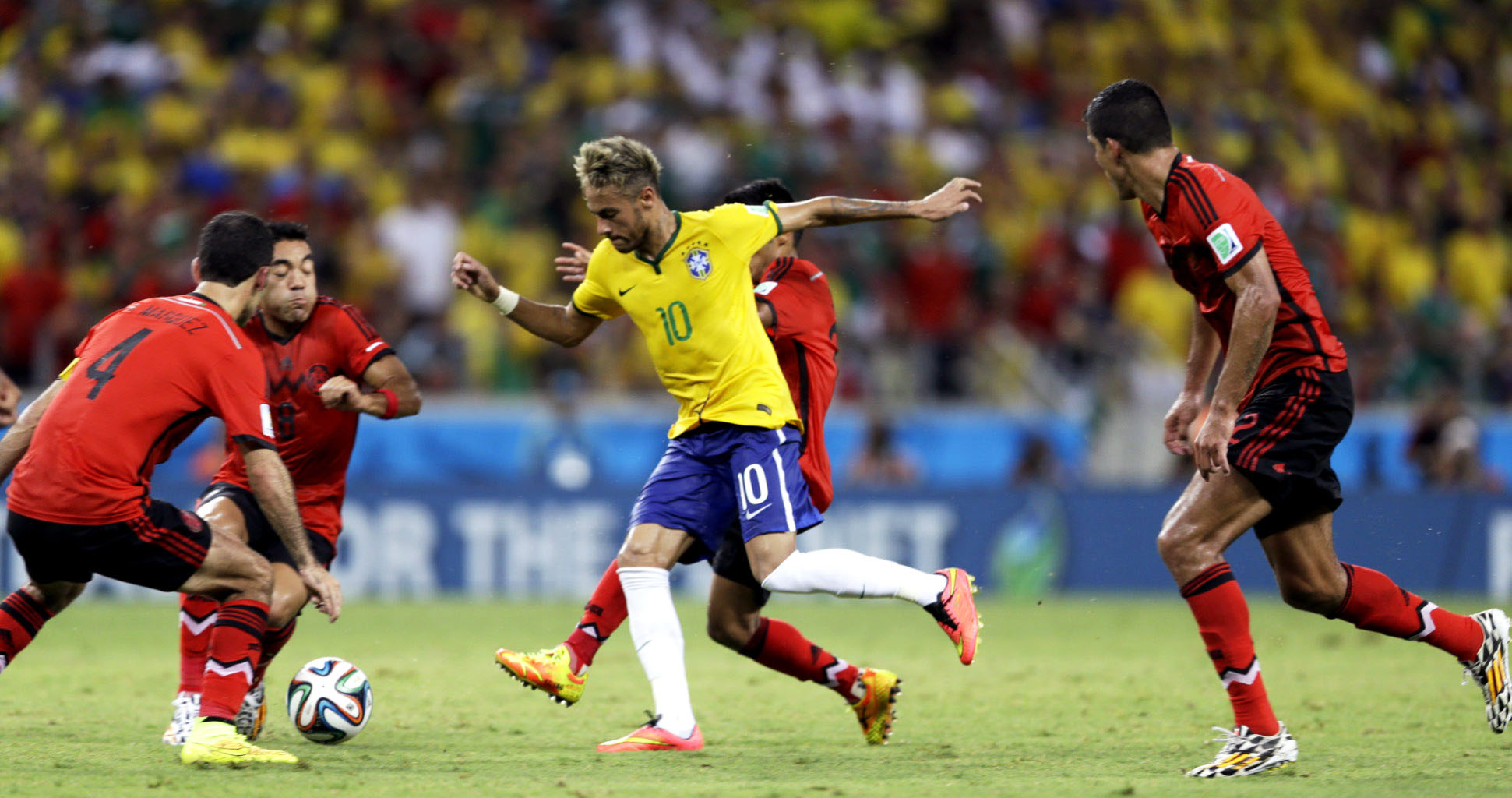 Neymar against Mexico in the FIFA World Cup 2014