Neymar might have to pay Barcelona a fine, for signing an autograph 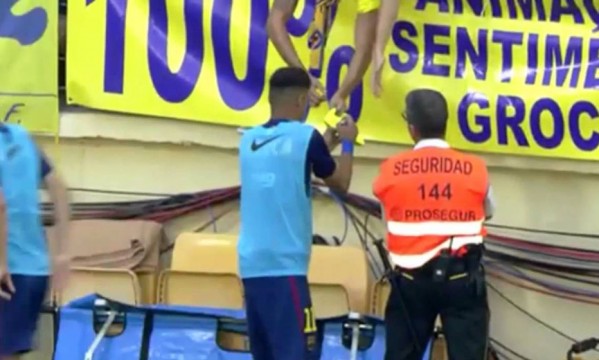 Last Sunday, Barcelona paid a visit to the “El Madrigal” in order to play Villarreal in La Liga‘s round 2 and the Blaugranas did manage to pull off the 3 points in a very difficult game. However and even though neither Neymar started the game in his team’s starting eleven nor was he involved in the scoring of the only goal at the Madrigal, one of the highlights of the night had to do precisely with the Brazilian star.

According to theÂ SpanishÂ media MundoDeportivoÂ and as we can see in the video posted below, Neymar interrupted his warm-up near the sideline of the pitch around the 60th minute of the game, in order to attend a fan request and sign him an autograph. The whole incident didn’t take him more than 10 seconds, since Neymar basically only grabbed a pen to quickly ink his name and shake his hand with a couple fans at the audience.

It seemsÂ that the incident did violate Barcelona‘s rules though, since players aren’t allowed to pause their warm-ups drills during games to attend fans’ requests. Reports from Spain are suggesting that the club could take actions against the Brazilian star by eventually fining him and remind him that he should behave more professionally in similar circumstances in the future, which are not confinedÂ to pleasing fans in inappropriate occasions…

In the meantime, Neymar is readyÂ to give his contribute to Brazil‘s first gameÂ following their dramatic World Cup journey. The “Escrete” will also play under the order of their new coach Dunga for the first time since last summer.Â Their opponents are going to be theÂ Colombia National Team, precisely the team against theyÂ won their last aÂ match in the past World Cup. 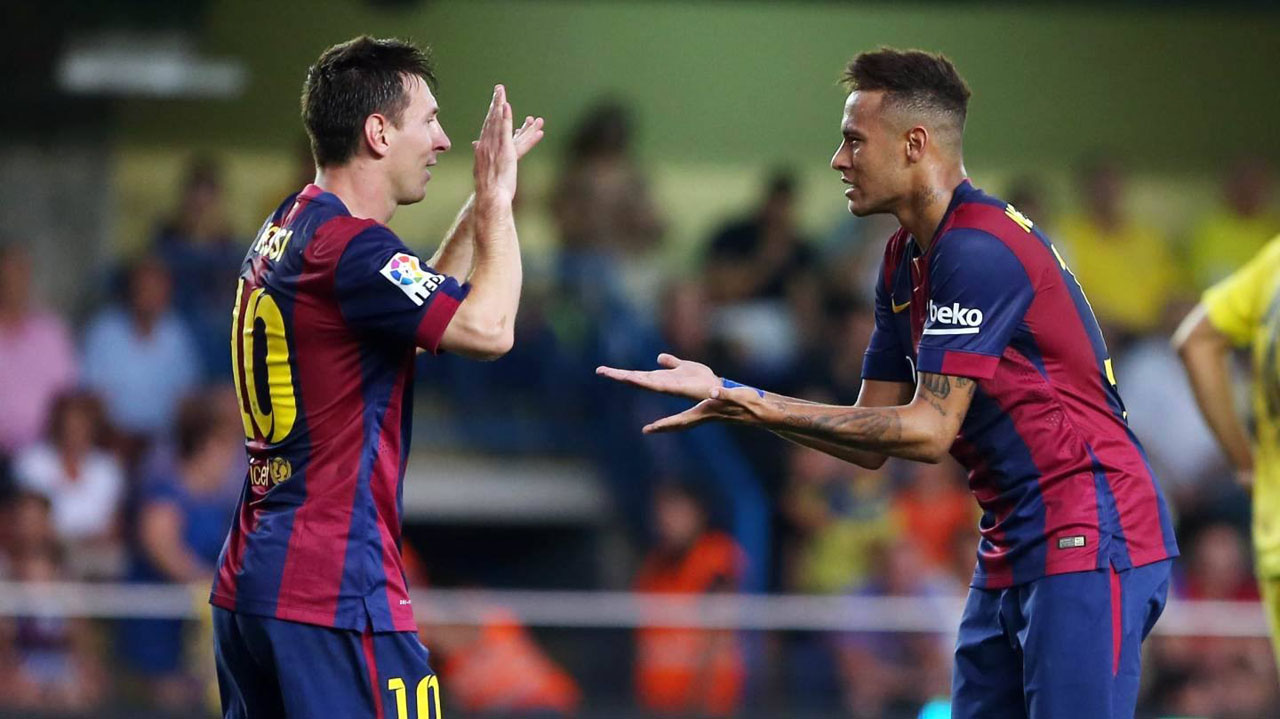 Messi and Neymar about to clap each others’ hands 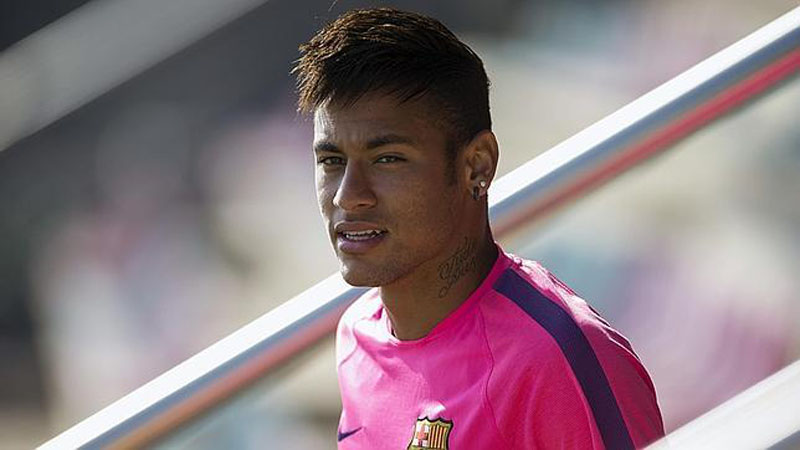 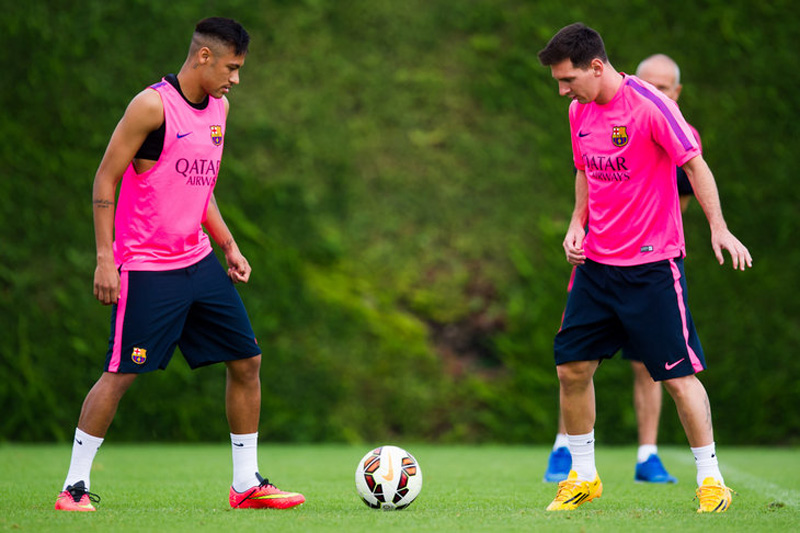 Neymar and Messi in training