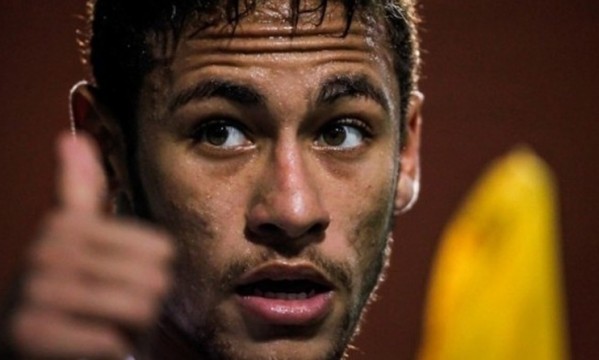 Congratulations to Neymar, who turns 22 today, the 5th of February of 2014!

Neymar didn’t have the best of starts in 2014, as it didn’t take too long for him to get injured and miss most of the action so far. The 22-year old forward now celebrates his first birthday away from home and he’ll have a chance to watch his BarĂ§a teammates hosting Real Sociedad at the Camp Nou this Wednesday night, when the two sides step on to the pitch to play the Copa del Rey‘s first leg.

This will be a huge year for Neymar, as not only he’s giving his first steps in his new club FC Barcelona, but he’ll also have a one-in-a-lifetime opportunity to carry Brazil in a World Cup hosted in their own home nation. As a note of curiosity, February 5 marks not only Neymar‘s birthday date, but it’s also the day when Real Madrid‘s Cristiano Ronaldo (1985), Juventus‘Â Carlos Tevez (1983) and Manchester United Adnan Januzaj (1995) were all born.

Neymar has been out of competition since he sprained his ankle on January 16, in a Copa del Rey 0-2 win against Getafe. He returned to training earlier this week, but he’ll still have to miss Barcelona games in the next two weeks at least. 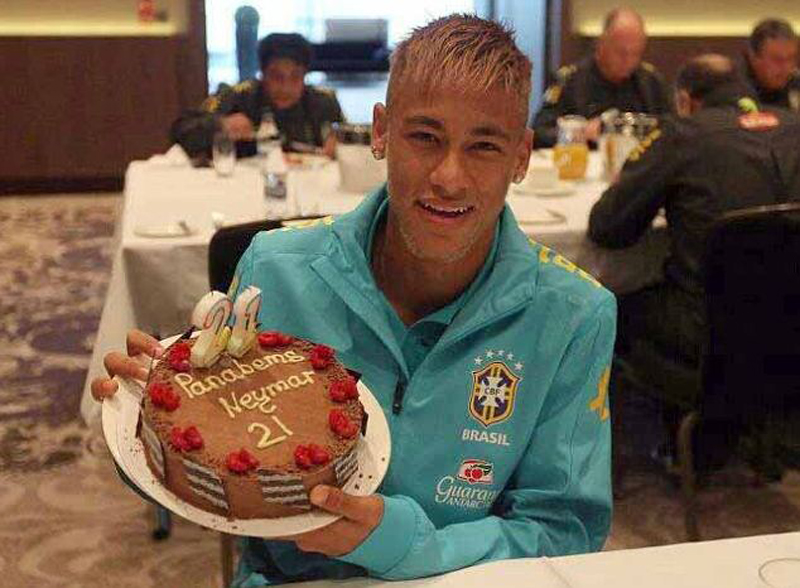 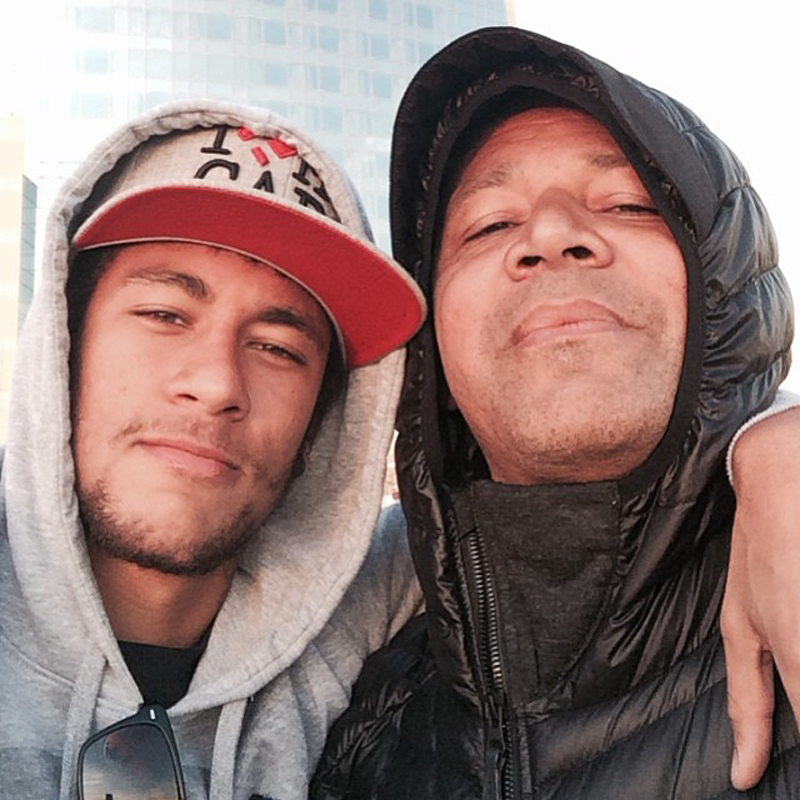 Neymar and his father 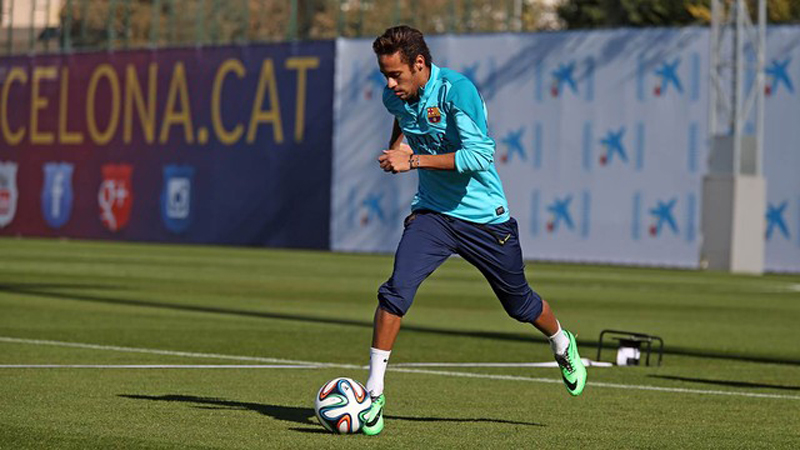 Neymar back to training in Barcelona 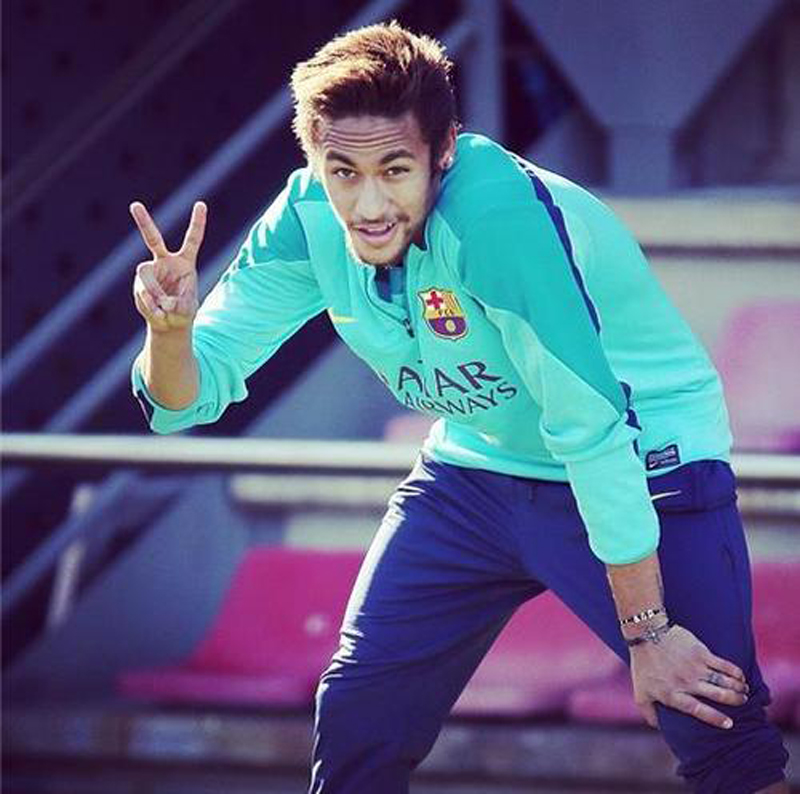 Neymar making the victory gesture, with his fingers 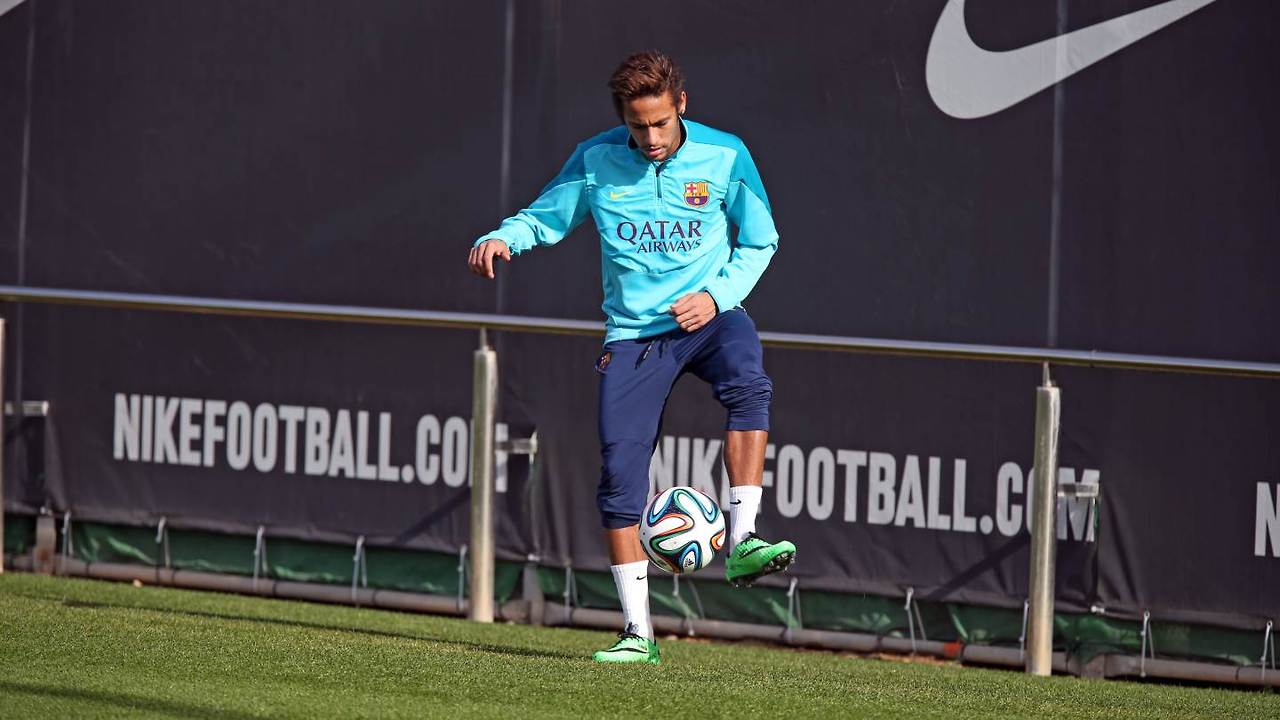 Neymar during a Barcelona training session, in February 2014 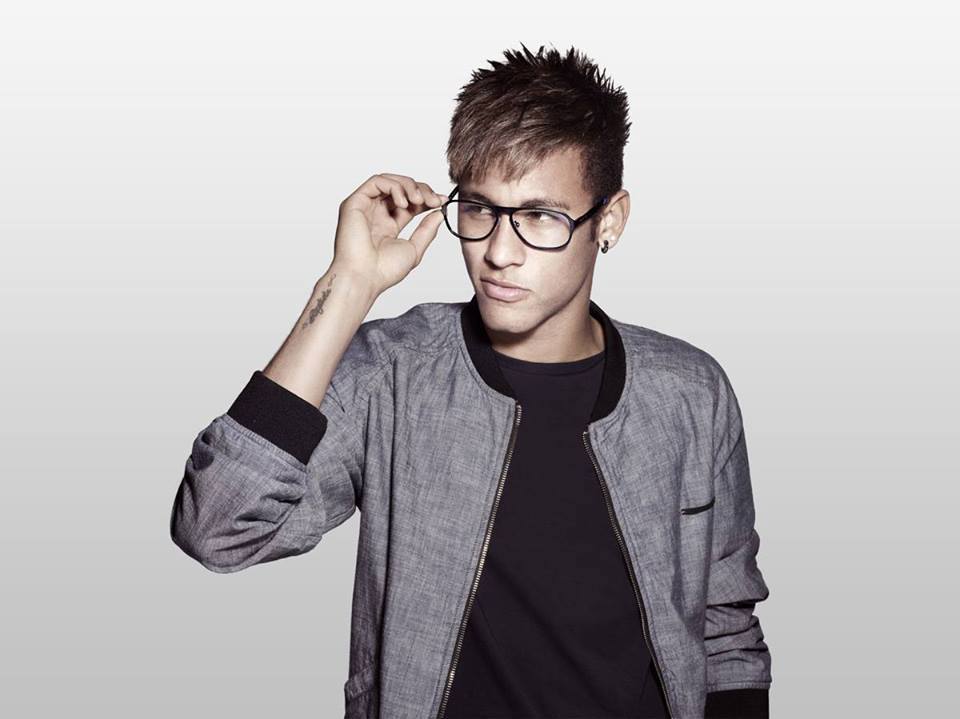