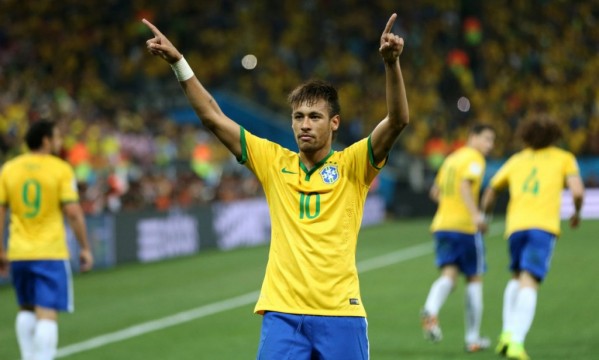 Brazil took the 3 points out of their debut match against Croatia this Thursday’s evening, following a 3-1 win to which Neymar contributed with 2 important goals. The Brazilian star was the MVP in this match, leading the hosts reaction when heÂ was most needed…

This opening game didn’t start the way Scolari and the Brazilian people were expecting though and it would be Croatia opening the hostilities early in the first half. The Croatian went down the left wing in a fast attacking play, when Olic sent in a low cross into the nearest post inside Brazil‘s box. Jelavic was the first player to meet the cross and with a slight deflection he ended up being fortunate enough to see Marcelo touching it back into his own net and scoring an own-goal. Big surprise in SĂŁo Paulo and Brazil was forced to react quickly…

The response would came from Brazil‘s main star, Neymar Jr. The 22-year old showed he good he isÂ handling the pressure of carrying this team on his shoulders and in the 29th minute he equalized the game through a great left-foot strike from well outside the box. Croatia was defending well, but Neymar‘s talent came to surface and the “Escrete” was back in the game!

The game went on until its last 20 minutes without any of the teams scoring any further goal, but a mistake by the Japanese referee in the 70th minute allowed for Brazil to earn a penalty-kick and with it a golden chance to go in front for the first time in the evening. Fred went down way too easily when trying to hold on to the ball inside Croatia‘s box and the referee mistakenly pointed to the spot, despite the Croatian protests. Completely immune to the controversy, Neymar converted the penalty-kick and sent Brazil to a vital 2-1 lead deep in the second half.

Following that goal and as one could expect, the game got tougher and Brazil ended up suffering at the back in order to keep their goal safe from an equalizer. Croatia had a few great chances but failed to finish them off for one or another reason and Brazil made them pay close to the final whistle, when Chelsea‘s atacking midfielder, Oscar, finished off a great solo play by poking the ball with the toes of his right foot. 3-1 to Brazil and Scolari must now start preparing his team for the game against Mexico, on June 17.

While the Brazilian Team now rests for a few days until they return to action for the next Group A fixtures, tomorrow you can still watch Mexico vs Cameroon as the remaining game of this group first round, as well as Group B’s first two matches with a promising Spain vs Netherlands set to be the main event of the day. At night, Chile vs Australia will close Group B’s first fixtures.

Watch the Brazil 3-1 CroatiaÂ video highlights and all its goals:

Watch all Neymar‘s actions in the match between Brazil and Croatia: 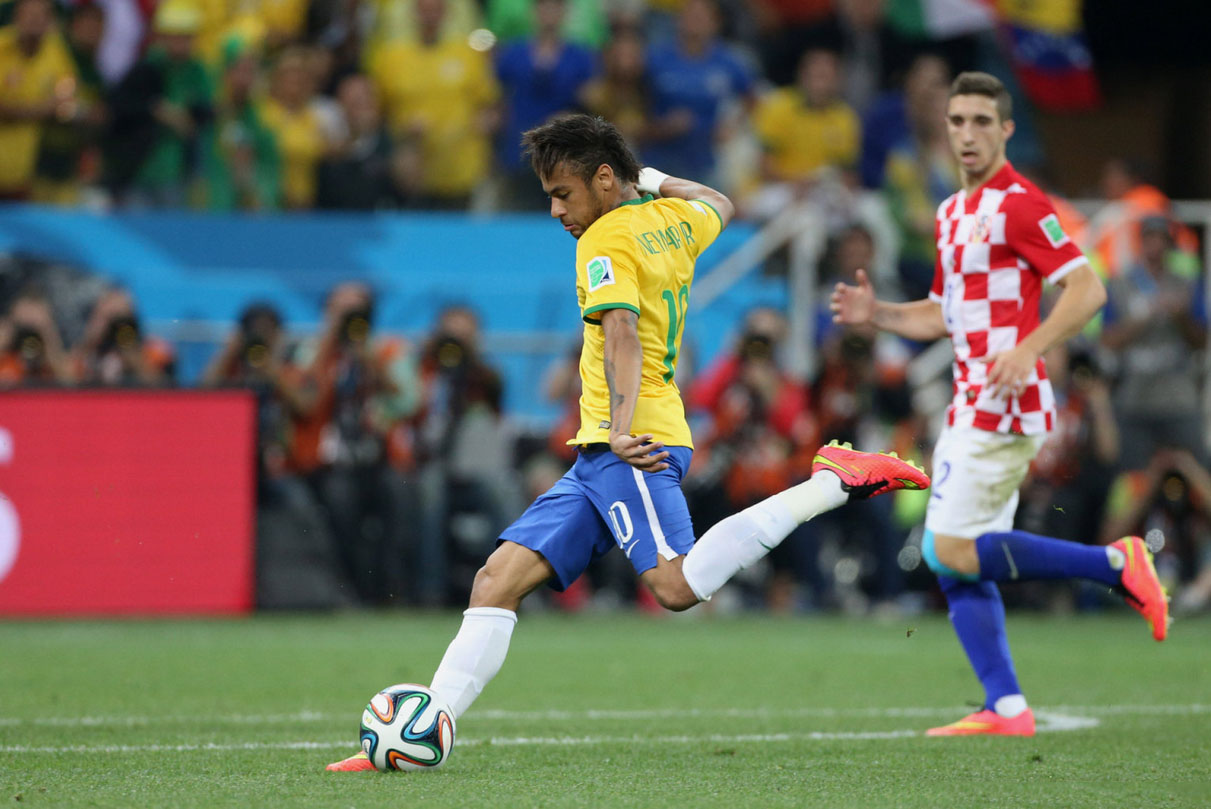 Neymar’s first goal in Brazil vs Croatia, at the 2014 World Cup 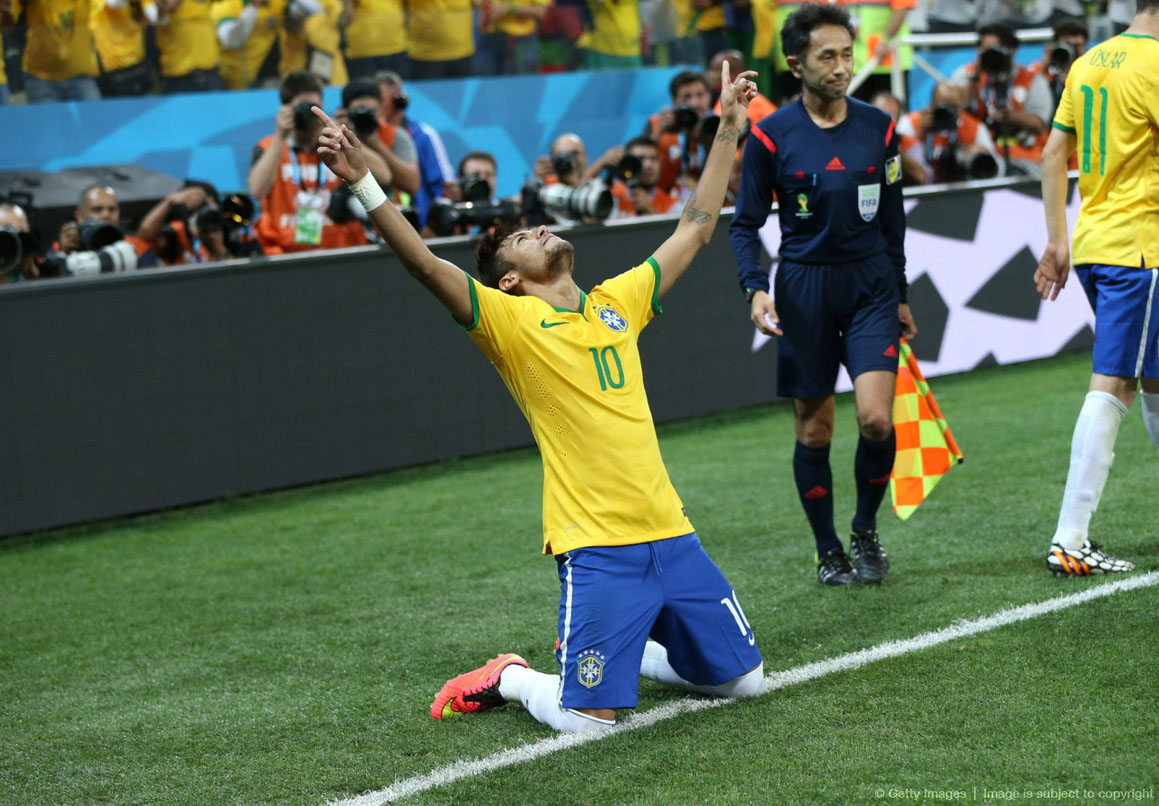 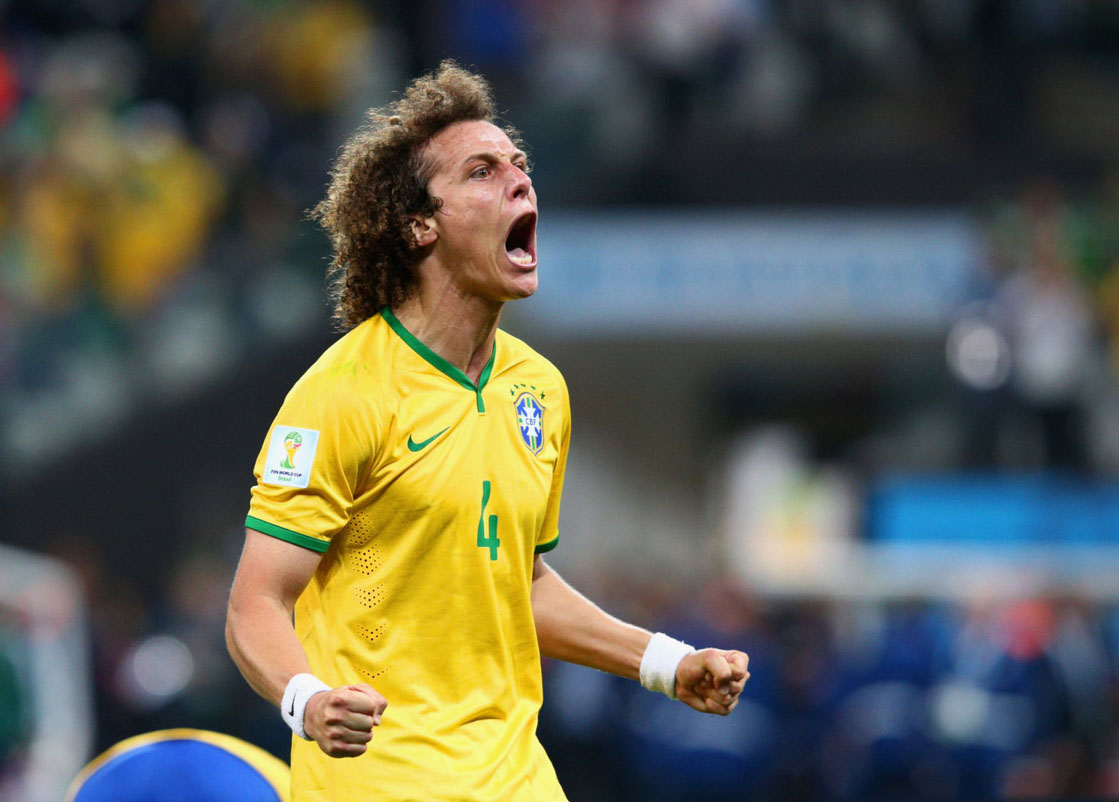 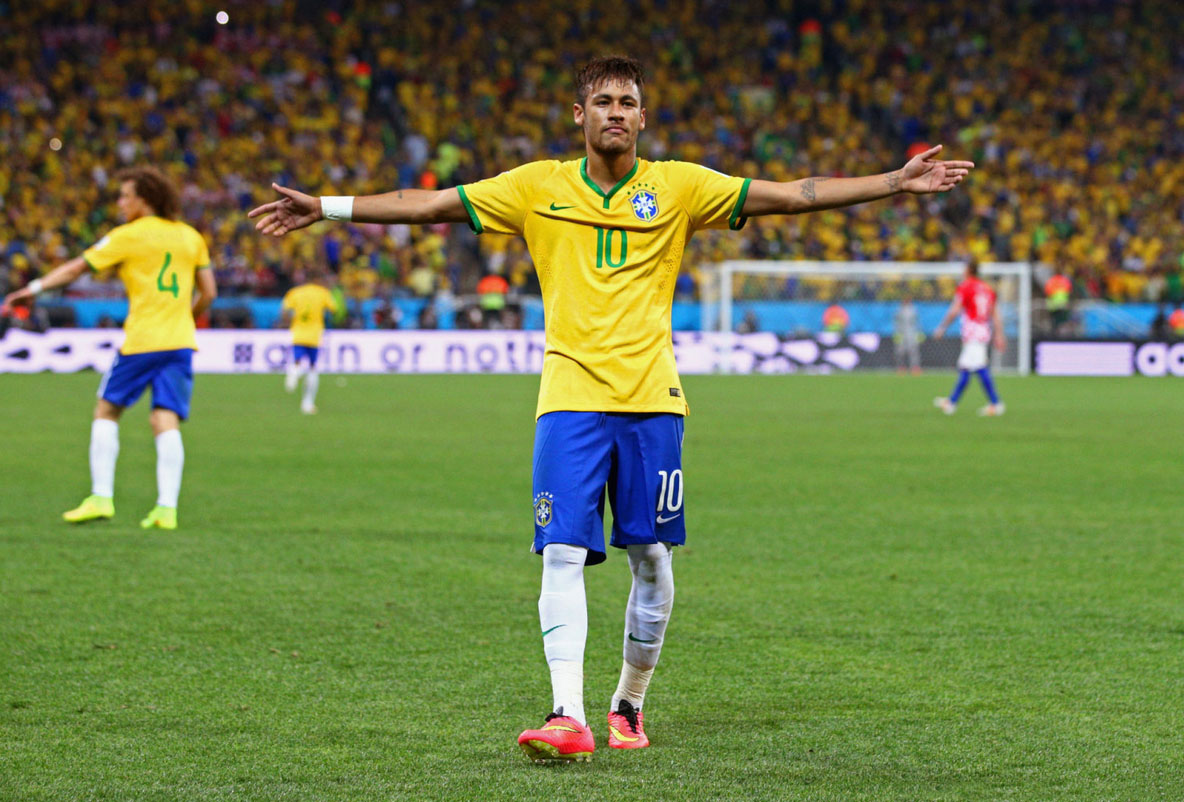 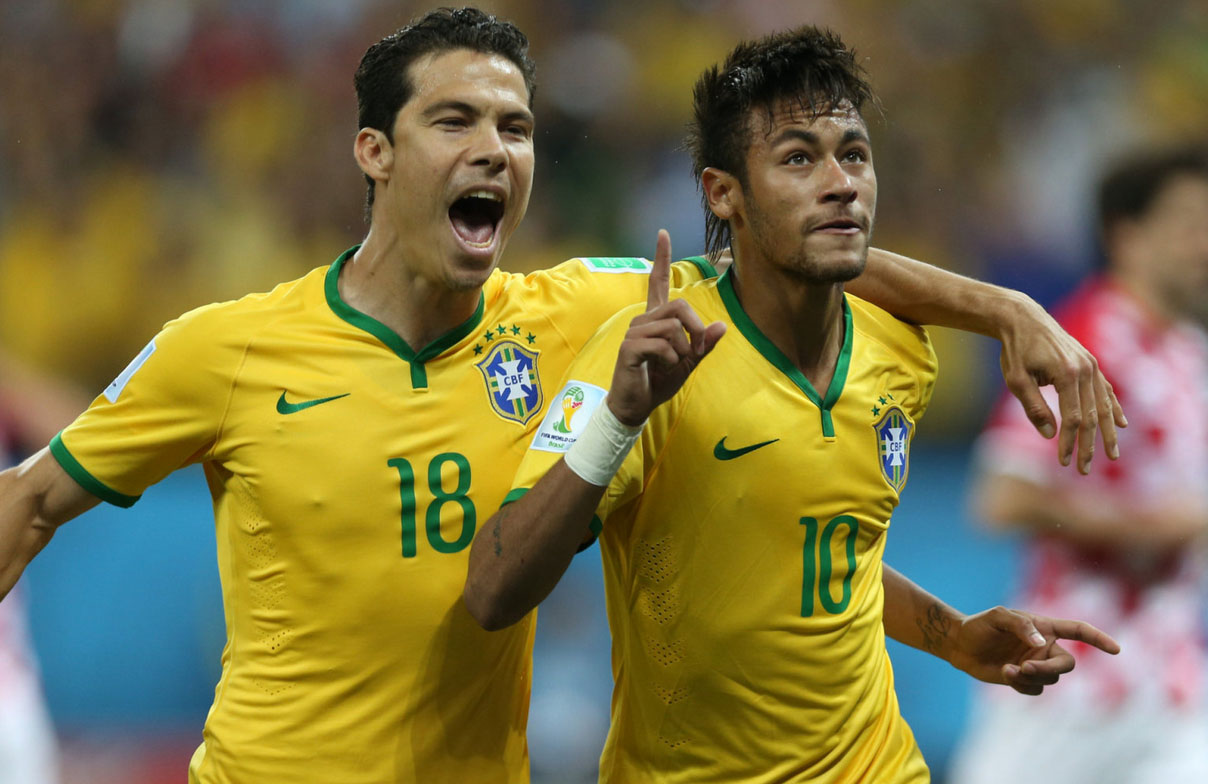 Neymar and Hernanes in Brazil 2014 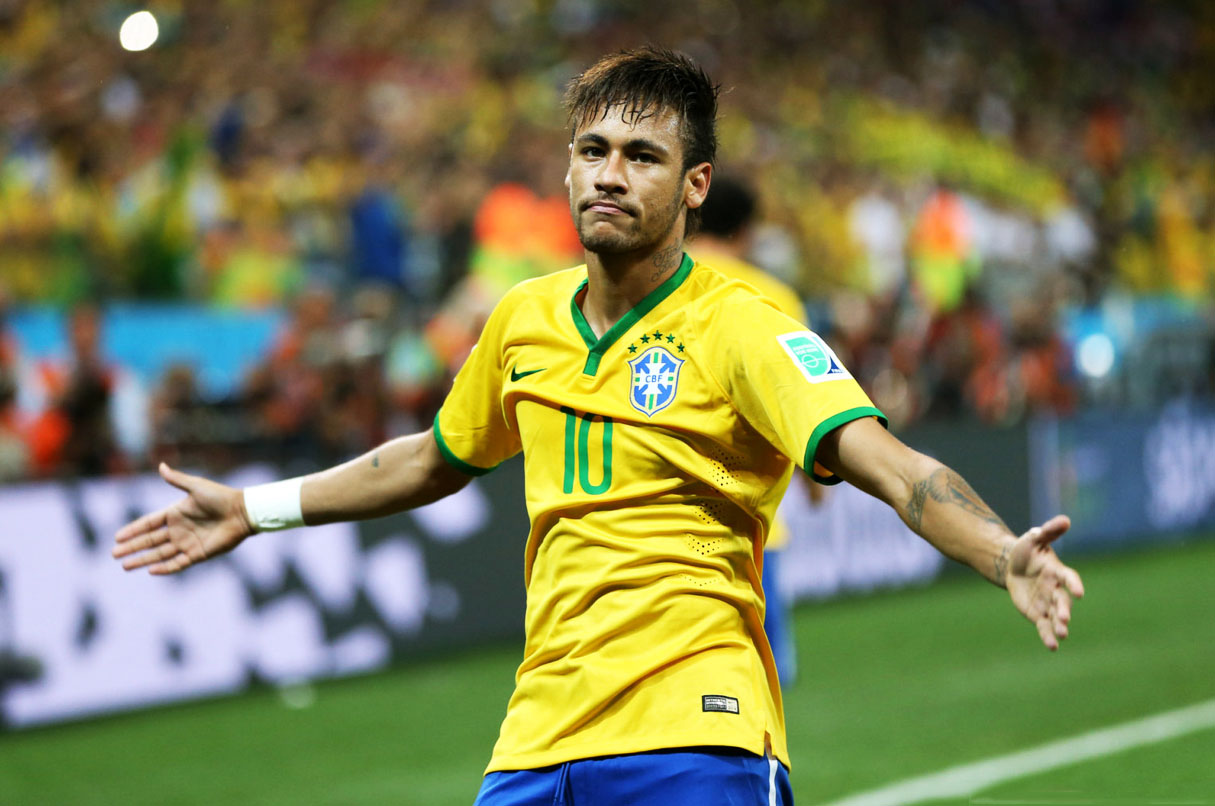