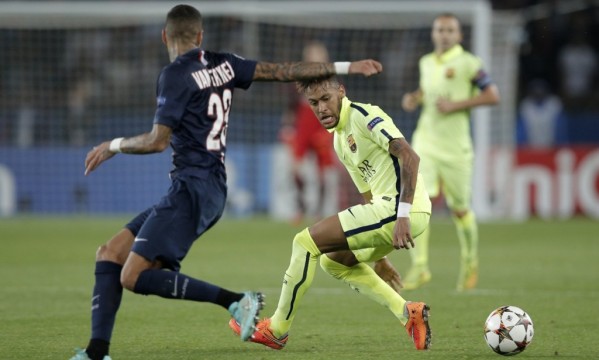 In their 8th game of the season, Barcelona have finally conceded the first goals in Luis Enrique‘s era, as well as the first loss of the campaign. It all happenedÂ this Tuesday night at the Parc des Princes, in a match against aÂ PSG side that proved to be the most serious opponent BarĂ§a had yet to face since the season began. Even without Zlatan Ibrahimovic available,Â the French champions marked their superiority and managed toÂ beat Barcelona with a 3-2 final score.

The hosts broke the deadlock in the 11th minute of the first half, following a free-kick taken by Lucas on the left and David Luiz made the best of after controlling the ball inside the box and hitting it to the back of the net against an helpless Ter Stegen. We didn’t have to wait that long for Barcelona to come out with a good response and the visitors somehow reached the equalized right in the minute after. Luis Enrique‘s men showed a great chemistry upfront in a sequence of 1 and 2-touches passing, and which ultimately allowed Lionel Messi to finish it off with a low left-footÂ shot. It’s the Argentinian 68th goal in the competition and he’s now only 3 goals away from surpassing RaĂşl‘s all-time record of 71 goals.

The 27th minute of the game brought us a quite unusual moment. PSG‘s midfielder, Marco Verrati, not only scored his first goal-ever for the club but heÂ did it after responding to a corner-kick cross to the far post withÂ a header. The 1,65m French player benefited from Ter Stegen‘s poorÂ approach to the cross and basically got to headÂ Thiago Motta‘s long cross into an empty net, making it 2-1 for the hosts. For a team who hadn’t conceded a single goal in the season until tonight, those were two defensive plays where a lot moreÂ should have be done…

PSGÂ would extend theÂ lead later in the second half, when a cross from Van der Wiel found Matuidi free from any marking at the far post, where he easily pushed the ballÂ past Ter Stegen for the third time on the night. Once again, the Blaugranas were struggling to keep their opponents away from their box and Paris-Saint Germain were happy to makeÂ them pay.

However and similarly to what had happened after the hosts’ opening goal, BarĂ§a reactedÂ just twoÂ minutes later and this time the blow was to be struck by Neymar. The Brazilian ace saw Lionel MessiÂ drawing the attention of 3 PSG players when heÂ jumped in the middle of the area attempting to head a Daniel Alves‘s cross, but with none of them actually making contact with the ball, Neymar picked it up a few meters behind and aimed his shot at the far post. The 22-year old curled it perfectly through the several bodies that were in front of him and got to reduce the visitors’ lead to one goal, with still more than half of an hour left to be played…Â Nevertheless, PSG held on tight to their narrow advantage and BarĂ§a couldn’t avoid to leave Paris withÂ their first loss of the season. 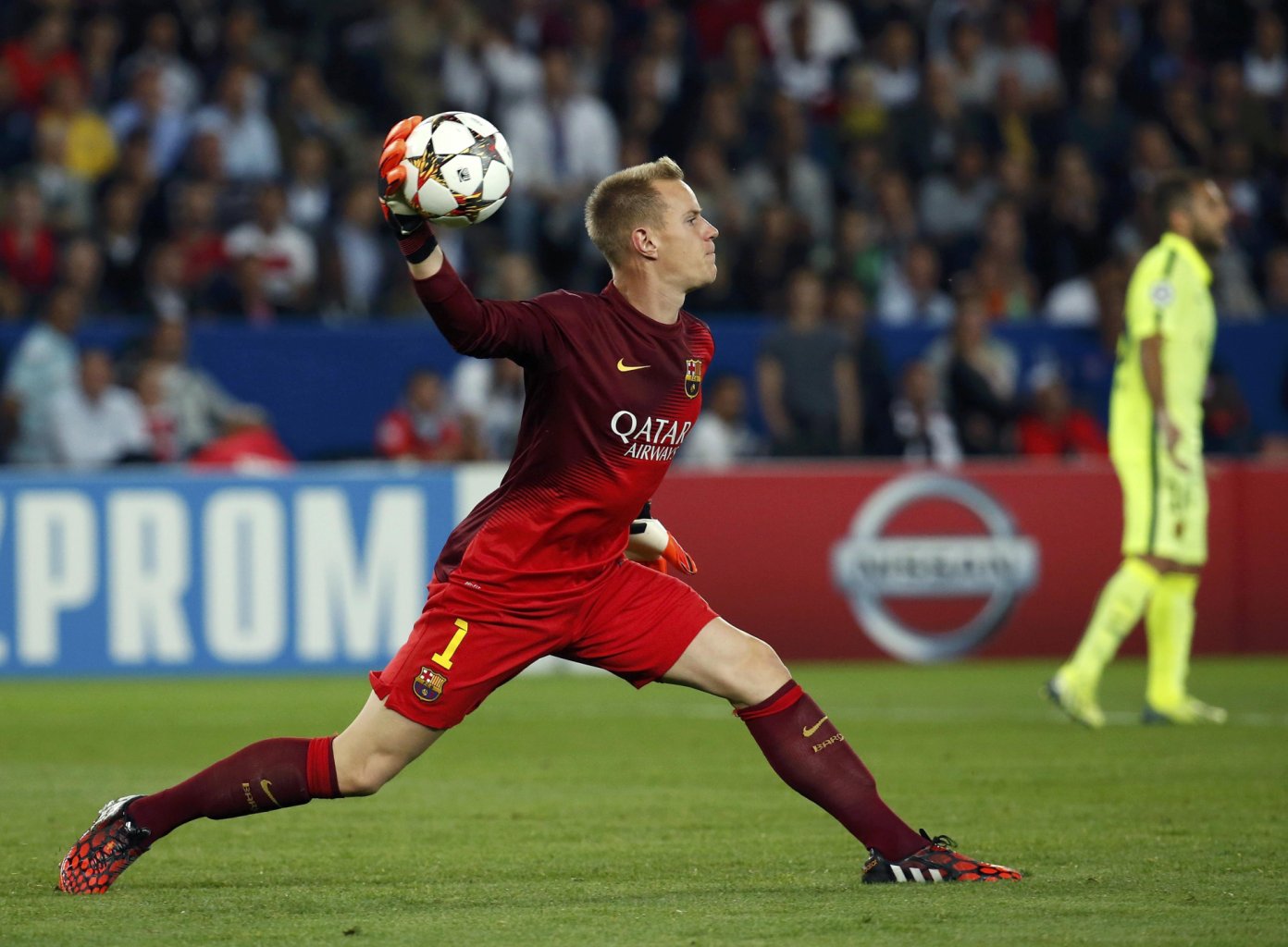 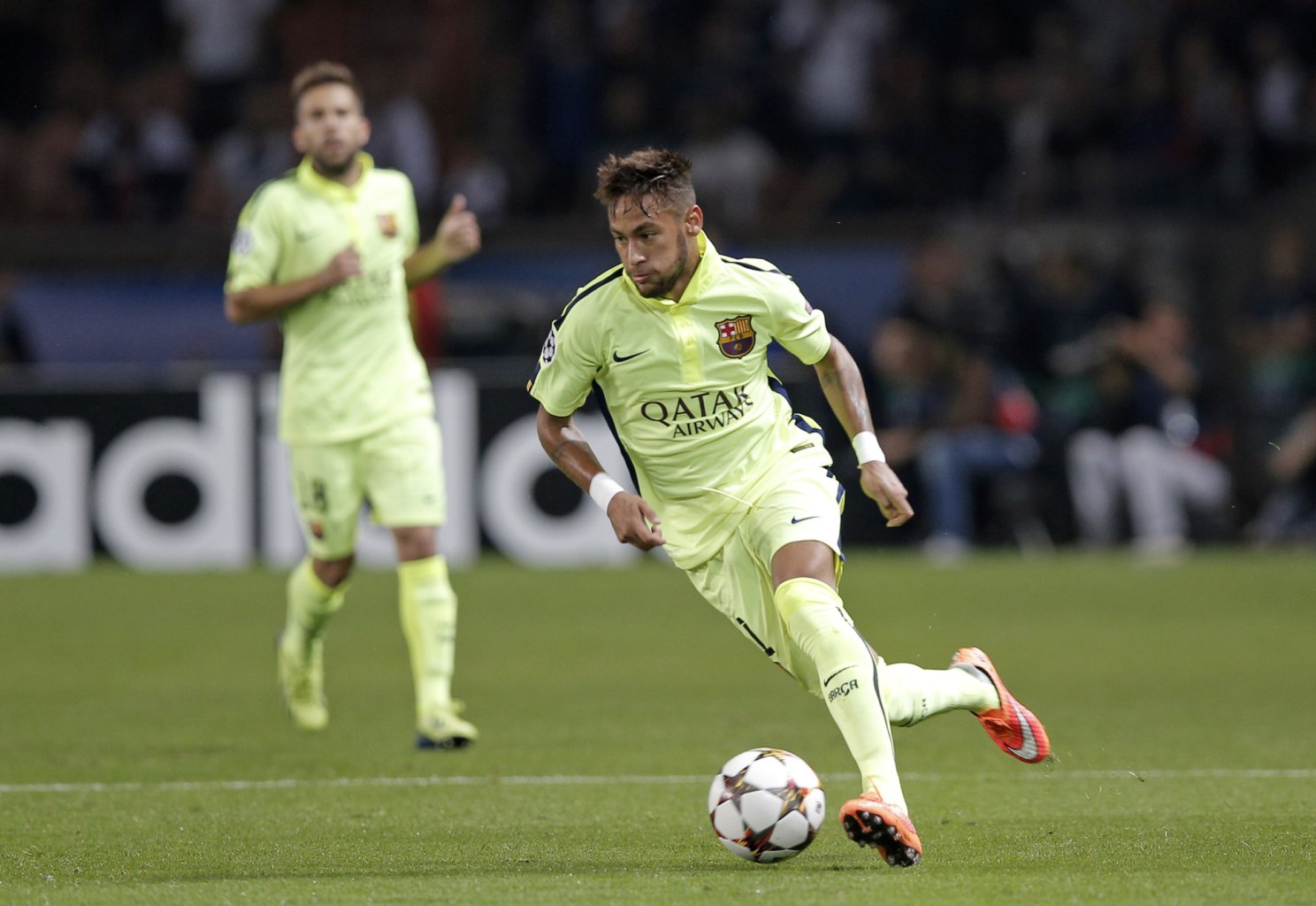 Neymar in action in PSG vs Barcelona 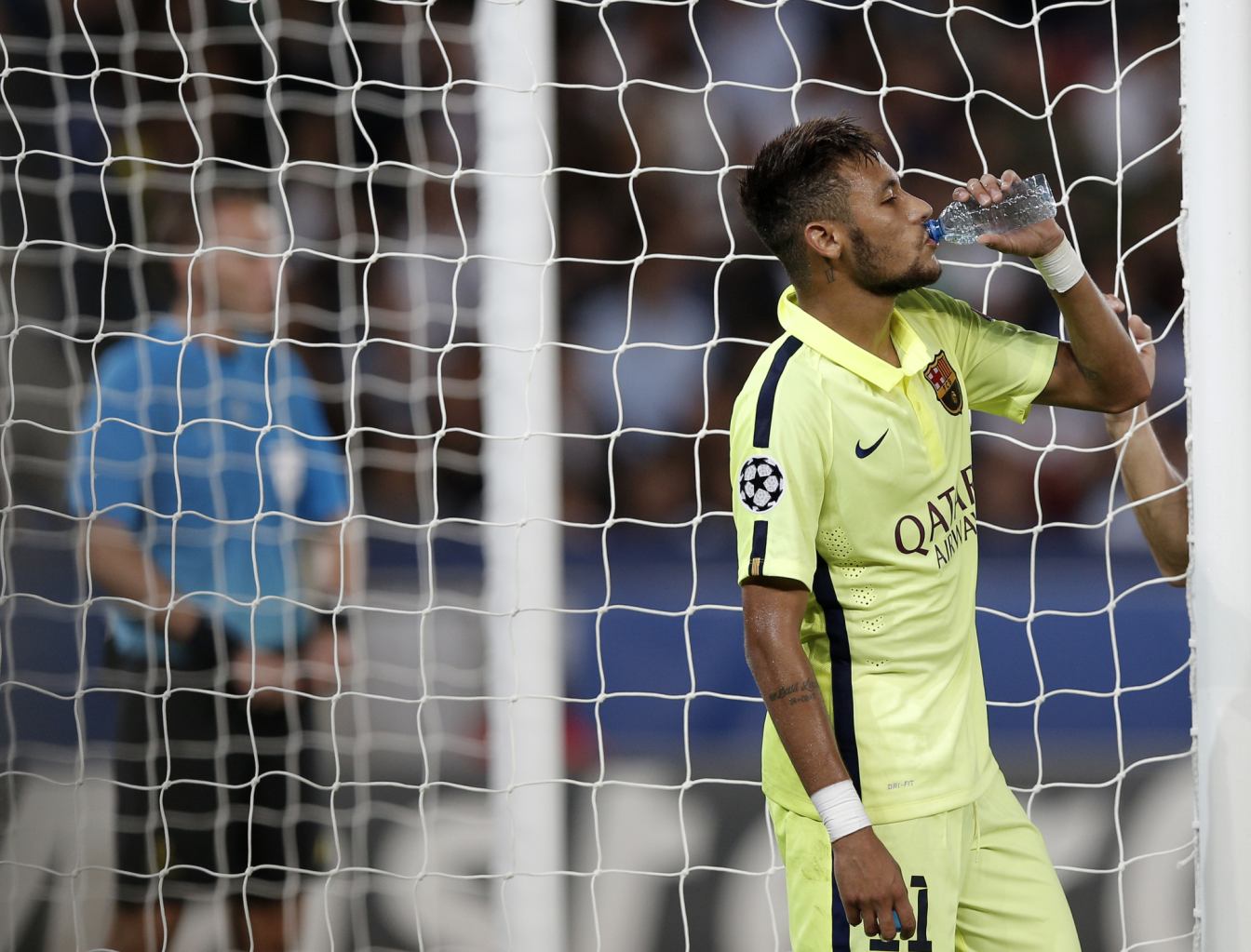 Neymar drinking from the bottle 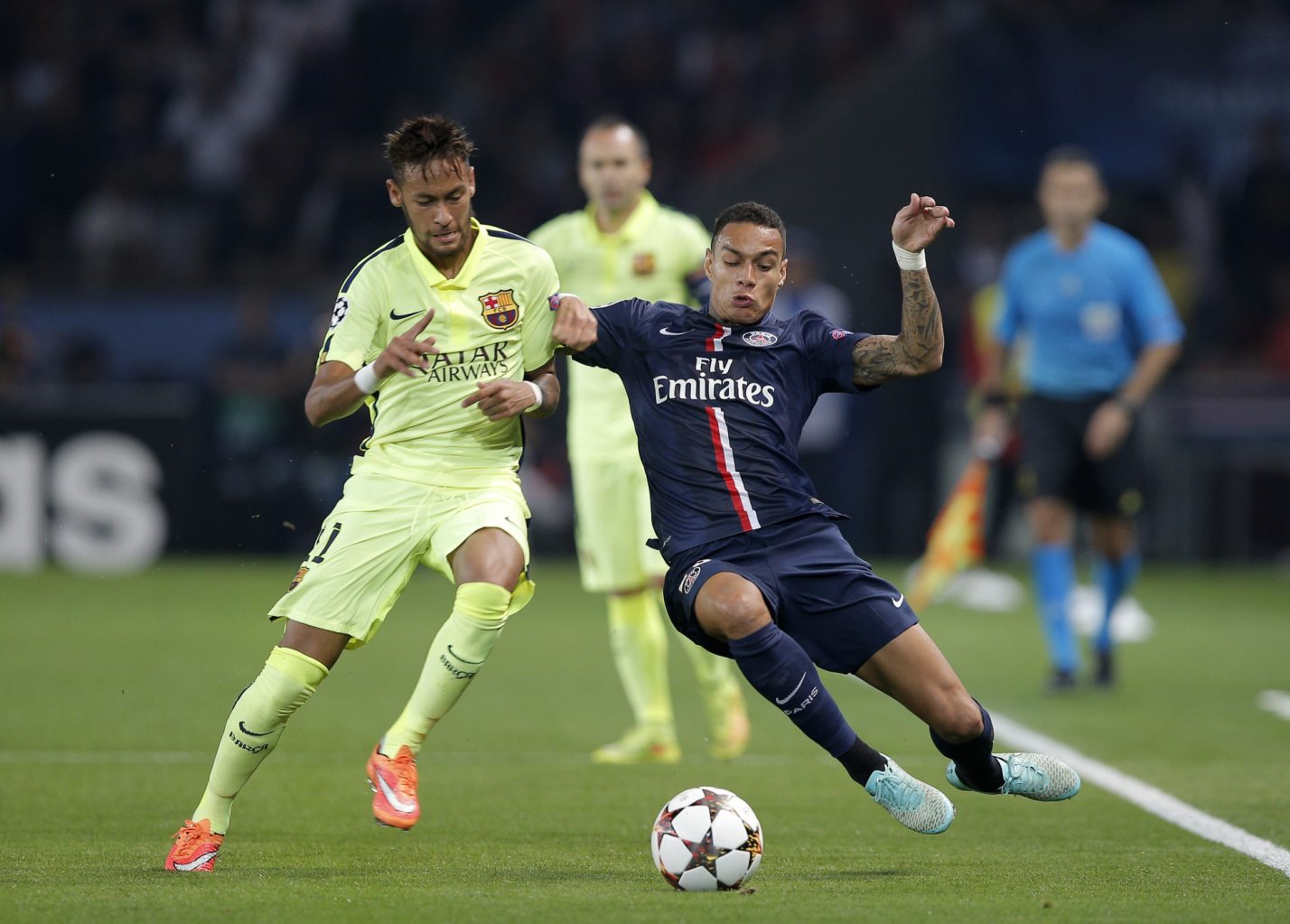 Neymar vs Van Der Wiel, in PSG vs Barcelona 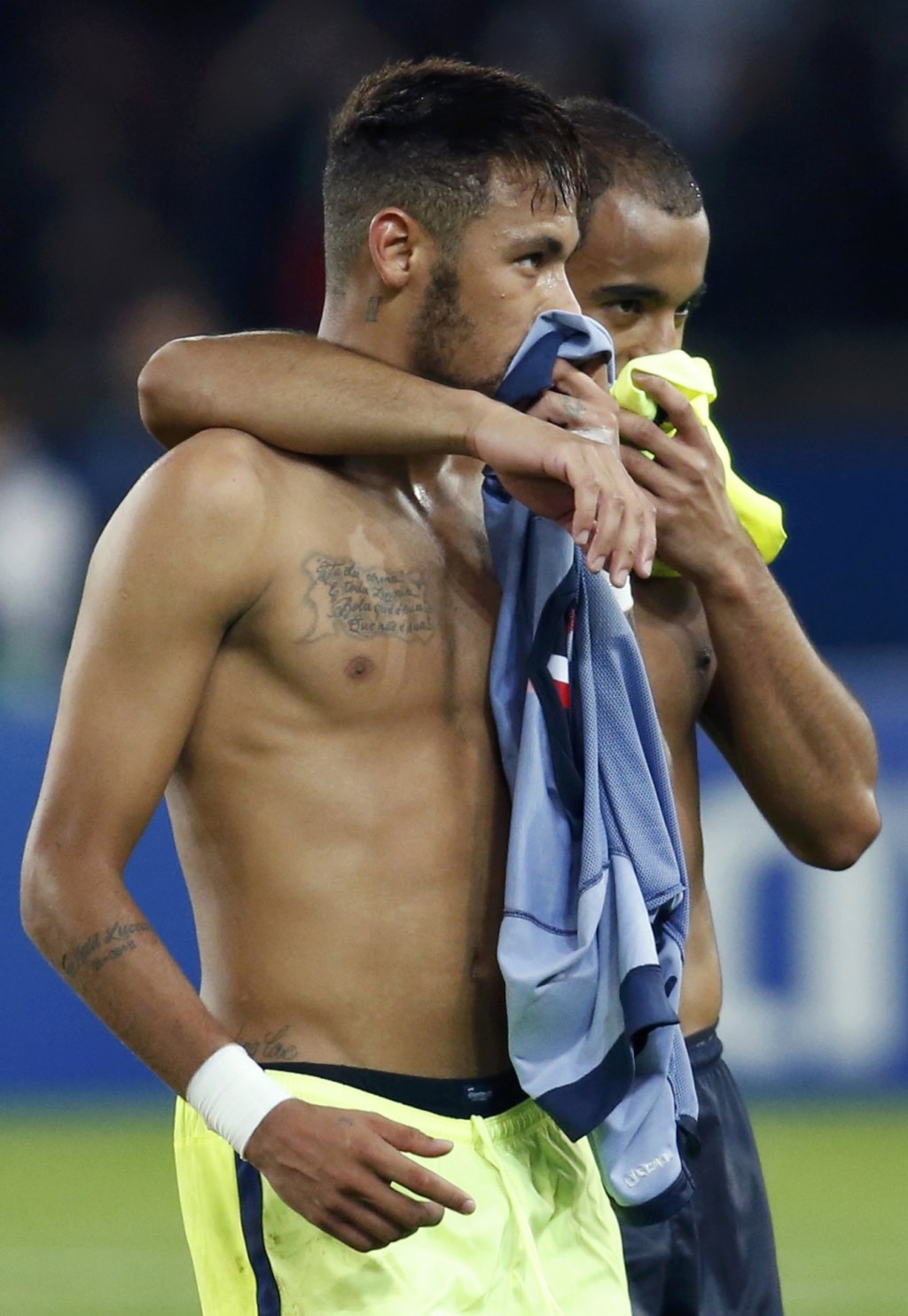 Neymar shirtless after a Barcelona game was over 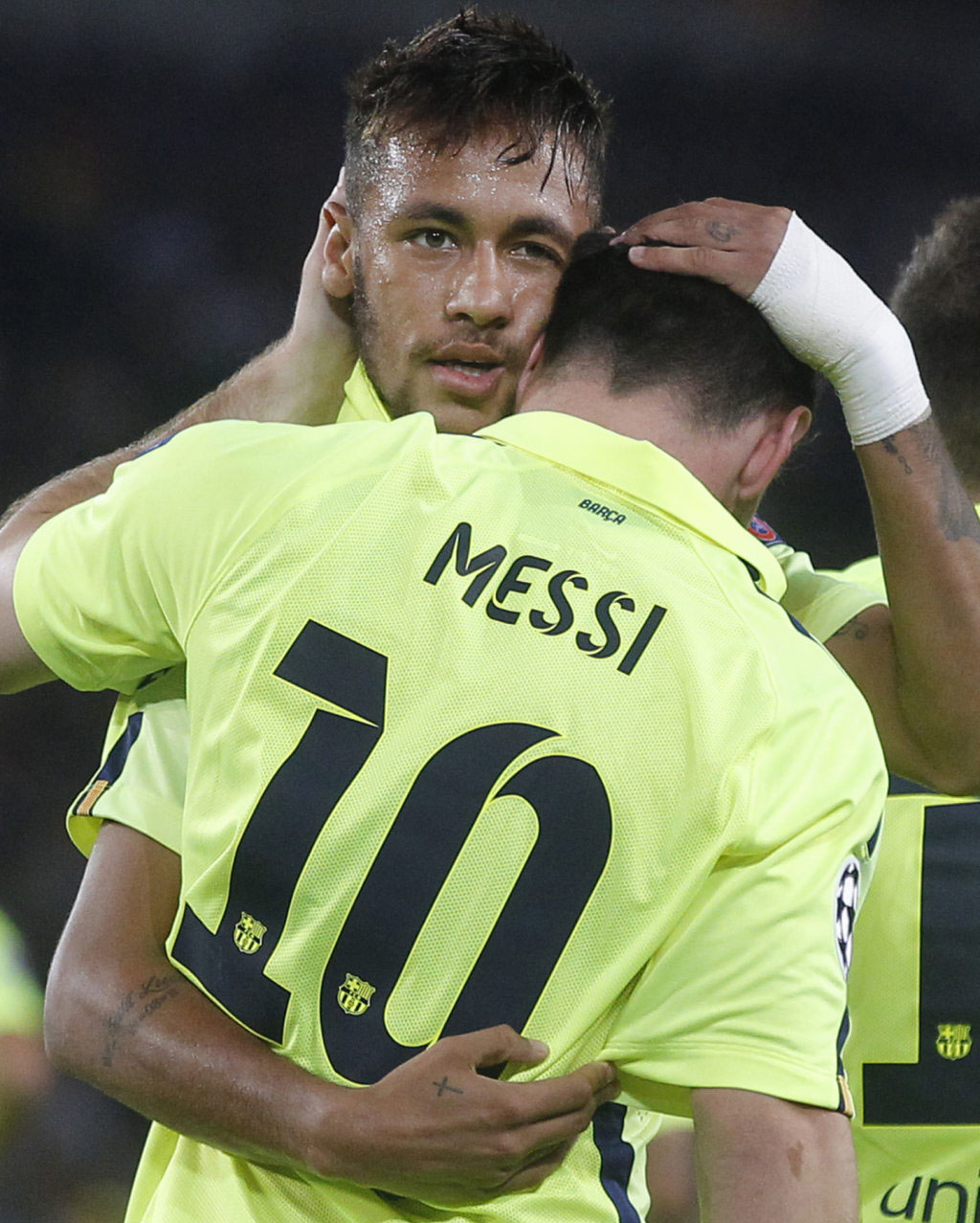 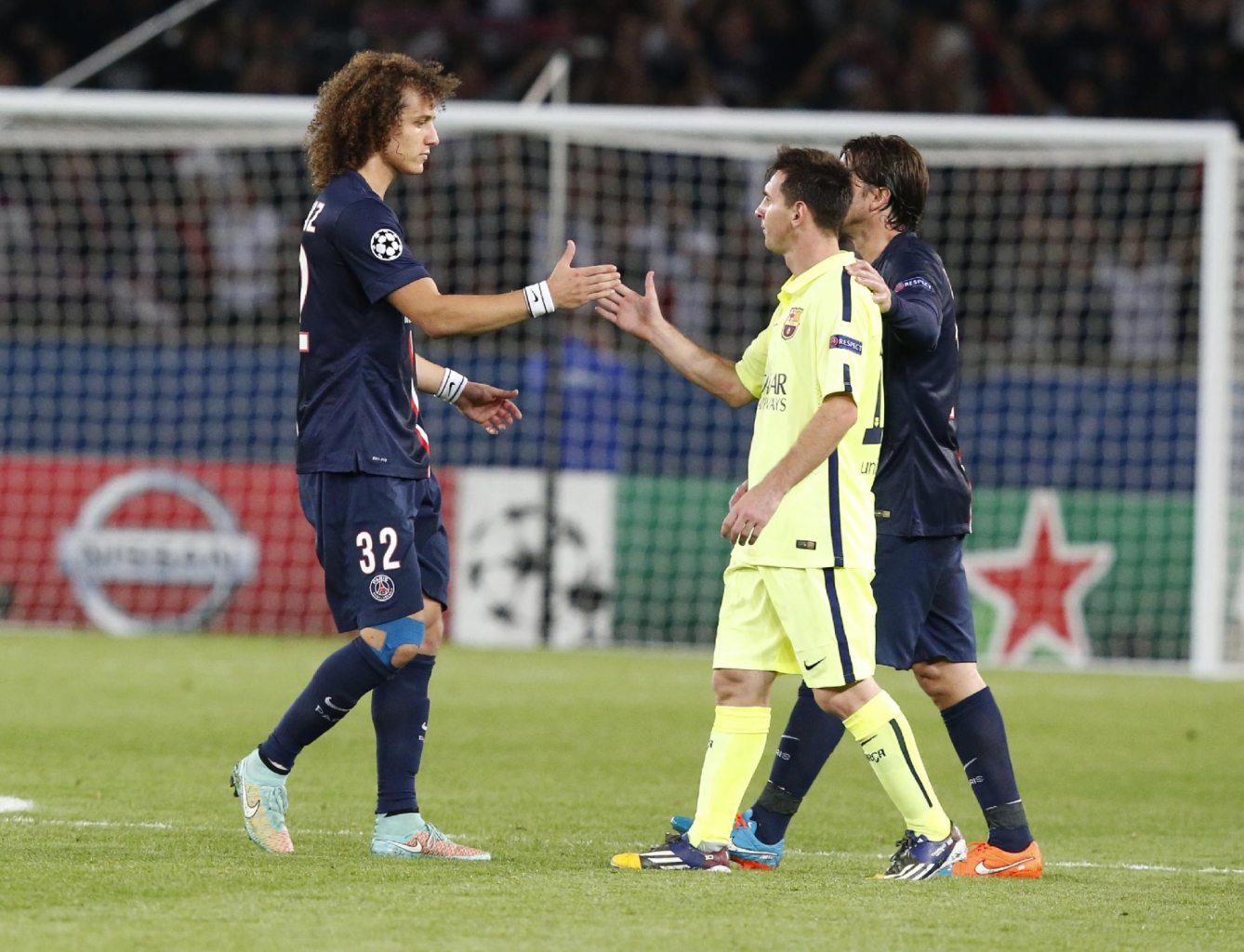